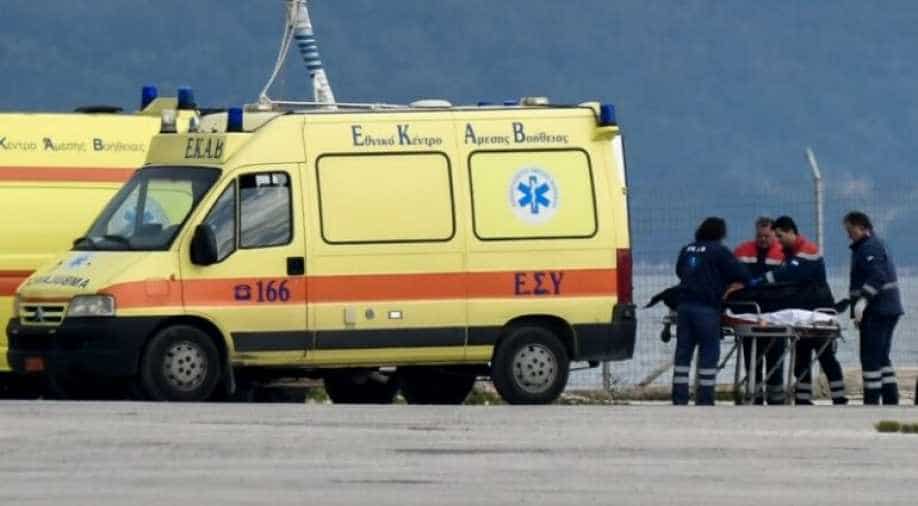 The body of a migrant is pushed by medical staff into an ambulance at the port of Preveza, Greece. Photograph:( Reuters )

At least twelve people drowned when their boat sank off an island in western Greece on Saturday, Greek authorities said, marking the deadliest toll in months in Greece's migrant crisis.

Helicopters and ships were searching the area south-west of the island of Paxos for more survivors. Authorities said they had accounts of up to 50 people being on the vessel.

The Greek authorities said they had scrambled to the area after receiving a distress signal from the boat which was taking in water. No further details were immediately available.

Greek authorities regularly detect boatloads of migrants heading to Greece from Turkey to its east. Sea disasters off its western coast, facing Italy, are less common.

Greece was at the frontline of Europe's migrant crisis in 2015 and 2016, when more than a million people reached the country, fleeing war in the Middle East and beyond. Its camps and reception centres on outlying islands facing Turkey are severely overcrowded.

Almost 74,500 migrants and refugees made their way to Greece in 2019, most of them by sea, according to the UNHCR, the UN refugee agency.