Why some EU countries are struggling to relocate migrants 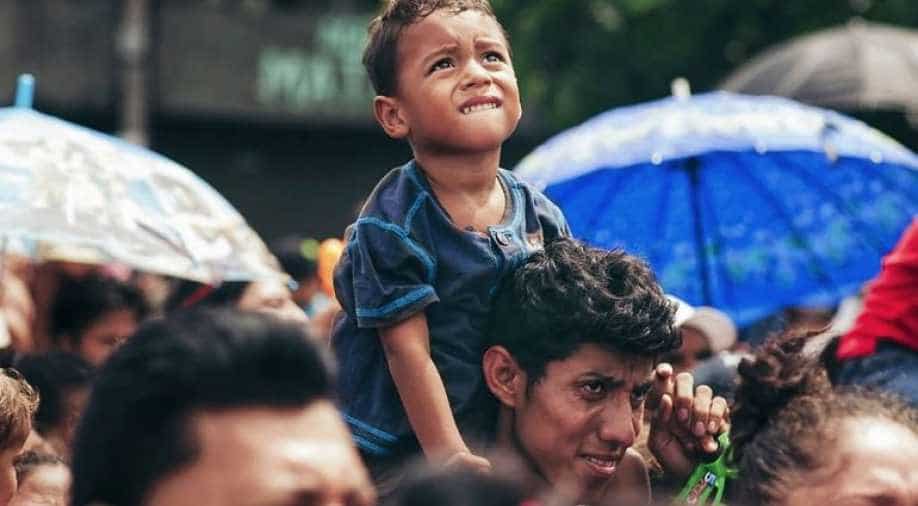 No workable policy has truly addressed the ongoing humanitarian crisis at the EU borders.

Irregular migrant entries within the European Union increased by 546 per cent in 2015. The instability in the Middle East, particularly the Syrian war, led to 1,015,078 sea arrivals on the Italian and Greek coasts.

This influx prompted the European Commission to adopt two decisions intended to transfer 120,000 people to the least affected EU member states from the countries struggling to provide timely assistance with asylum claims: 15,600 people from Italy, 50,400 from Greece, and 54,000 from Hungary.

The relocations were meant to be distributed over the following two years, 2016 and 2017, on a mandatory basis and through an equalizing formula based on four national indicators: GDP (40 per cent), population size (40 per cent), unemployment rate (10 per cent) and past numbers of asylum applications (10 per cent).

Spain and Germany initially contested the quota agreements. Belgium, the Netherlands, Sweden and the U.K. were in favour of resettlement efforts. Most of the Eastern Bloc countries refused by invoking a lack of consensus among member states and by emphasising the need for voluntary participation in the relocation scheme.

The matter ended up in court by December 2015, with Hungary and Slovakia launching two separate claims at the EU Court of Justice contesting the validity of the decisions.

The claims were dismissed by the Court of Justice in July 2017. Subsequently, in October 2019, the Czech Republic, Hungary and Poland were found to have breached EU law by refusing to participate in the relocation scheme.

The question of relocation fell out of the public eye throughout most of 2018 and 2019, as sea arrivals diminished significantly after the signing of the EU-Turkey deal in March 2016. For six billion euros and the promise of EU integration, Turkey was now accepting irregular migrants who had made it to Greece

The relocation matter returned to public attention this September, when Germany, France, Italy and Malta called for the implementation of a new system (known as the Malta Declaration) to automatically distribute migrants across the EU.

The EU’s interior ministers met in Luxembourg in October to discuss the “state of play on migration” and the newly proposed agreement.

The Malta proposal showed low uptake. Only three additional countries signed onto it: Ireland, Portugal and Luxembourg, totalling seven countries out of 28 EU member states to endorse the new mechanism.

The plan intended to fast-track screening and redistribution processes but remained vague in essence.

Expedited streamlining procedures (for example, allotting a maximum of four weeks to pledge relocation commitments) will have an insignificant impact. That’s because the countries’ reluctance to participate in the scheme has little to do with the speed of the process and everything to do with varied national interpretations of what constitutes fair responsibility-sharing.

I conducted a qualitative study in Romania in the spring of 2019, examining how Romanian elected representatives interpret the idea of shared responsibility among EU member states in relation to the union’s relocation system.

Preliminary findings show that the relocation scheme was generally seen as inefficient in measuring whether member states had the economic capacity to welcome asylum-seekers.

Participants argued that different qualitative and quantitative indicators needed to be included to better capture national idiosyncrasies. Those included a state’s system of service provisions and its administrative structure for managing migration. They also argued that refugees’ preferences needed to be taken into account when choosing their respective countries, and that there needed to be greater consideration of the economic capacity of a member state.

The relocation scheme was drafted on the basis of the Treaty on the Functioning of the European Union (TFEU), according to the principle of solidarity and fair sharing of responsibility, which stated in its provisions that, "“In the event of one or more member states being confronted by an emergency situation characterized by a sudden inflow of nationals of third countries, the Council … may adopt provisional measures for the benefit of the member states concerned.”

Implicit here is the idea that member states are expected to show solidarity in emergency situations and that solidarity efforts should be equally shared by all.

The ideological debate, however, is about commonly agreeing on what constitutes an equal share of responsibility and what type of indicators are best suited to reflect a fair and equitable distributive scheme.

Why some indicators and not others?

The GDP per capita measurement was most likely chosen to reflect national wealth. Yet the GDP can be high because the rich are so rich that they pull up the average measurement, statistically speaking. It mostly accounts for marketed economic activity and not economic quality.

The national unemployment rate was the second economic indicator selected in the scheme. Yet unemployment inaccurately reflects the living standard in a society.

Romania, for example, has a low unemployment rate, if compared with other EU member states. At 3.9 per cent, it’s four times lower than Greece’s unemployment rate, which sits at 16.9 per cent. However, half of the population in Romania works for minimum wage. A minimum wage indicator would therefore be better suited to account for the economic capacity of the poorer member states.

What’s population got to do with it?

As for the demographic measure, it is unclear why states with larger populations are seen as better equipped to settle refugees. Is it because newcomers would mingle among nationals and become less visible in high-density places?

The incentive indicator, which considers a state’s past number of asylum applications, does little in the equation besides dividing the “good” versus the “bad” nations among the EU member states. It fails to take into account the difficulties in settling migrants, such as the lack of national migrant integration schemes.

Member states aren’t equal at the EU table. To achieve fairness, any efforts to transfer people in need of international protection must proportionally rather than equally distribute responsibility.

No workable policy has truly addressed the ongoing humanitarian crisis at the EU borders. That’s mostly because of the EU’s deep ideological divisions over what constitutes, and what should constitute, a fair method of sharing responsibility for migrants.

Consensus on solidarity efforts and on how responsibility should be shared and implemented might lead to less political friction and more fruitful co-operation in the EU.