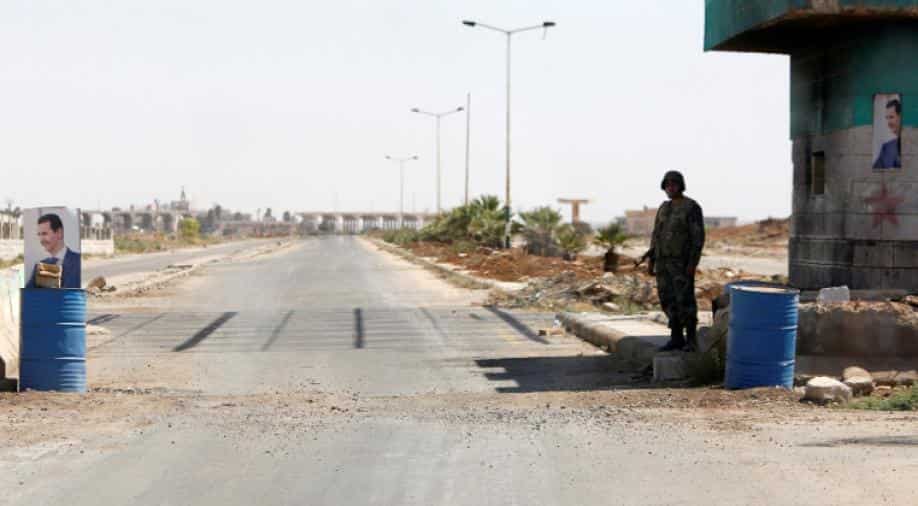 The main border crossing between Jordan and war-torn Syria reopened on Monday after a three-year closure.

The black metal border gate was opened from the Jordanian side of the crossing at 8:00 am (0500 GMT) as more than a dozen police and customs officials stood nearby while several cars bearing Jordanian license plates queued on the Syrian side ready to roll in.

Normal traffic, however, will not be allowed immediately.

The border crossing, known as Jaber on the Jordanian side and Nassib on the Syrian side, was a key trade route before Amman closed it after the post was overrun by rebels in April 2015.

The reopening comes after Syrian government troops retook their side of the crossing in July under a deal with rebel fighters brokered by Moscow.

The crossing was a key link not only for direct trade between the neighbouring countries but also for longer-distance transit, which was a significant source of revenue.

After seven years of civil war, Syria's government has recaptured large swathes of territory from rebels with backing from Russia, but it still only controls around half the 19 crossing points with neighbours Lebanon, Jordan, Iraq and Turkey.