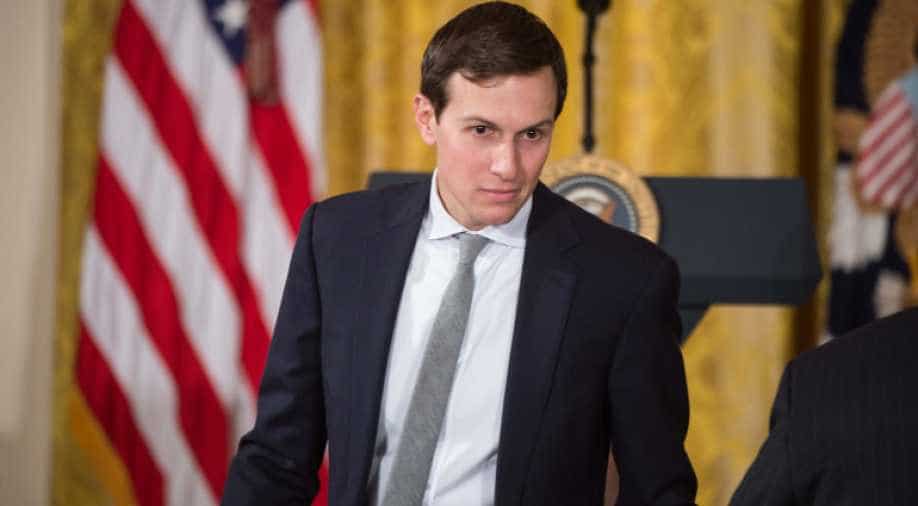 Kushner made a pre-inauguration proposal to the Russian ambassador to set up a secret, bug-proof communications line with the Kremlin, The Washington Post said||He went so far as to suggest using Russian diplomatic facilities in the US to protect such a channel from being monitored

President Donald Trump's son-in-law, Jared Kushner, made a pre-inauguration proposal to the Russian ambassador to set up a secret, bug-proof communications line with the Kremlin, the Washington Post reported Friday evening.

Kushner, then and now a close adviser to Trump, went so far as to suggest using Russian diplomatic facilities in the United States to protect such a channel from being monitored, the Post said, quoting US officials briefed on intelligence reports.

The Post story is yet another sensational detail in the deluge of allegations raising questions about team Trump's relationship with the Russians, whom US intelligence agencies say tried to sway the November election in Trump's favour and thus deny Hillary Clinton the presidency.

And it ensures that Trump will be thrust right back into the din of the Russia scandal upon his return to Washington this weekend, following his first foreign trip, a tour of the Middle East and Europe.

The Washington Post said the secret comms proposal was made December 1 or 2 at Trump Tower in New York, according to intercepts of Russian communications that were reviewed by US officials.

Michael Flynn, who would become Trump's national security adviser before being fired 24 days into the job for not telling the truth about meetings he held with the Russian ambassador, was also at the meeting, the Post said.

The Russian ambassador, Sergei Kislyak, was surprised by Kushner's idea of the secret channel and passed it on to the Kremlin, the Post said. It did not specify what came of Kushner's alleged pitch if anything.

Besides the Kushner developments, which strikes at Trump's core by drawing his family into the crisis, the White House also faces a cascade of other worries in the coming week.

And the White House staff itself could be facing upheaval. CBS News reported that Trump is expected to consider plans for a shakeup of his communications operation upon his return.

But Kushner, the 36-year-old real estate developer who is married to Trump's daughter Ivanka, is likely to take centre stage in the coming days.

Reserved in public, he was on prominent view during Trump's first presidential trip, as befits a trusted behind-the-scenes adviser involved in everything from Middle East peace to an initiative to streamline the US bureaucracy.

The Post reported earlier that investigators are focusing on meetings he held in December with Moscow's ambassador and the head of a Russian bank that has been under US sanctions since 2014.

Kushner has offered to talk to Congress about these meetings, according to his lawyer Jamie Gorelick.

The Post and other media have been careful to note that their sources did not say Kushner was a "target" of the investigation, nor that he was accused of any wrongdoing.

If he were a "target," it would suggest Kushner was a main suspect in the investigation.

The Post reported last week that the Russia investigation had been extended to a top White House official as a "significant person of interest."

Kushner is the only person currently in the White House known to be under investigation.

The FBI investigation is now being overseen by Robert Mueller, a respected former FBI director who was given broad powers to pursue the case as a special counsel after Trump abruptly fired Comey on May 9.

The key question before the FBI is whether the Trump campaign colluded with Russia in its effort to tilt the 2016 US election in the Republican's favour, which included a damaging hack of Democratic campaign emails.

Trump has denied any collusion, calling the probe "the greatest witch hunt" in American political history.

Former CIA director John Brennan revealed this week that intelligence chiefs had been looking into suspicious contacts between Trump campaign associates and Russian officials since mid-2016.

The Senate and House Intelligence Committees also are investigating, but not with an eye to bringing criminal charges.

In early December, after Trump had won the elections, Kushner and Flynn met in New York with Kislyak.

Kushner also met that month with Sergei Gorkov, chairman of VneshEconomBank, the state bank under US sanctions since July 2014.

Both those meetings have since been publicly acknowledged by the White House, but Kushner initially failed to declare them on forms submitted to obtain a security clearance.

His lawyer later said it was a mistake, telling the FBI that he would amend the forms.