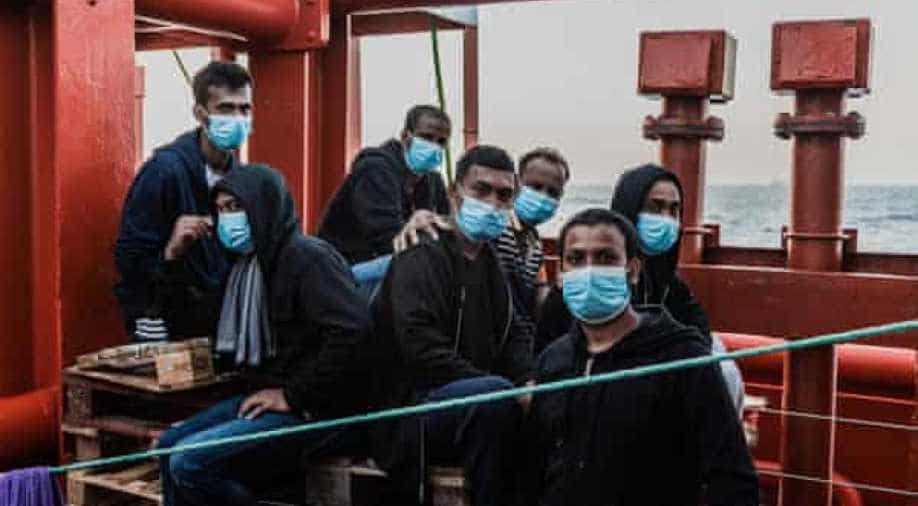 Italy on Sunday authorised charity vessel Ocean Viking to transfer 180 migrants rescued in the Mediterranean to a ship in Sicily for quarantine.

The Ocean Viking is now heading for the port where the migrants will be transferred to government-chartered ship the Moby Zaza for 14 days of quarantine.

The migrants include 25 children, most of whom are unaccompanied by adults, and two women, one of whom is pregnant.

"I can confirm that they're authorised to move to the Moby Zaza, likely tomorrow morning," Interior Ministry spokesman Dino Martirano told AFP.

The Ocean Viking, which has been in limbo in the Mediterranean south of Sicily, has been waiting for permission from Italy or Malta to offload the migrants at a safe port.

Tensions have risen in the past week with the migrants increasingly desperate to reach land. Others have become distraught at not being able to telephone their families to let them know they were safe.

The migrants, who include Pakistanis, North Africans, Eritreans, Nigerians and others, were picked up after fleeing Libya in four separate rescues by the Ocean Viking on June 25 and 30.

On Thursday, two migrants threw themselves into the Mediterranean, but were rescued.