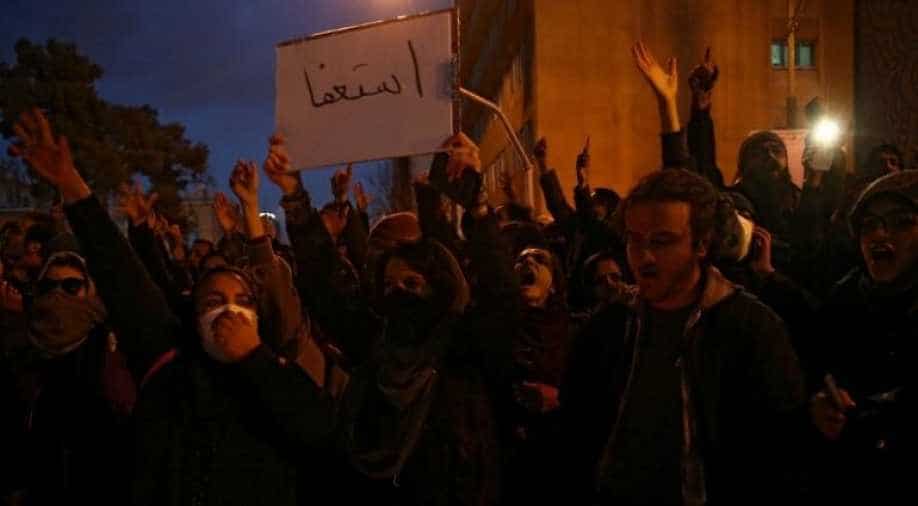 Iranian people gather to show their sympathy to the victims of the crash of the Boeing 737 in Tehran, Iran Photograph:( Reuters )

Iranian protesters and newspapers piled pressure on the country's leadership and riot police stepped up their presence in Tehran on Sunday after Iran's military admitted that it had mistakenly shot down a Ukrainian airliner.

Iranian protesters and newspapers piled pressure on the country's leadership and riot police stepped up their presence in Tehran on Sunday after Iran's military admitted that it had mistakenly shot down a Ukrainian airliner.

Riot police fired teargas at thousands of Iranians who had taken to the streets late on Saturday in the capital and other cities, many chanting "Death to the dictator", directing their anger at Iran's top authority, Supreme Leader Ali Khamenei.

Reports of the protests were carried by state-affiliated news agencies, while video clips circulated on social media.

Tehran residents told reporters that police had stepped up their presence in the capital on Sunday morning.

"Apologise and resign," Iran's moderate Etemad daily wrote in a banner headline on Sunday, saying the "people's demand" was for those responsible for mishandling the plane crisis to quit.

All 176 people aboard the flight, many of them Iranians with dual citizenship, were killed.

Protests erupted after Saturday's admission that the military accidentally shot down the Ukraine International Airlines plane minutes after takeoff on Wednesday when Iranian forces were alert for US reprisals after tit-for-tat strikes.

For days, Iranian officials had vigorously denied it was to blame, even as Canada, which had 57 citizens on the flight, and the United States said their intelligence indicated an Iranian missile was to blame, albeit probably fired in error.

The Islamic Republic of Iran deeply regrets this disastrous mistake.

My thoughts and prayers go to all the mourning families. I offer my sincerest condolences. https://t.co/4dkePxupzm

Iran's president said it was a "disastrous mistake" and apologised. But a top Revolutionary Guards commander added to public anger about the delayed admission when he said he had told the authorities a missile hit the plane the day it crashed.

Another moderate daily Jomhuri-ye Eslami, or the Islamic Republic, wrote in an editorial: "Those who delayed publishing the reason behind the plane crash and damaged people's trust in the establishment should be dismissed or should resign."

Criticism of the authorities in Iran is not unusual, but it tends to stay in narrow boundaries.

The press attacks and protests add to challenges facing the establishment, which in November faced the country's bloodiest unrest since the 1979 Islamic revolution.

As Saturday's protests spread across Iran, including major cities such as Shiraz, Isfahan, Hamedan and Orumiyeh, US President Donald Trump said on Twitter: "We are following your protests closely, and are inspired by your courage."

"There can not be another massacre of peaceful protesters, nor an internet shutdown. The world is watching," he said, posting his tweets in both Farsi and English.

The government of Iran must allow human rights groups to monitor and report facts from the ground on the ongoing protests by the Iranian people. There can not be another massacre of peaceful protesters, nor an internet shutdown. The world is watching.

Britain said its ambassador in Iran had been briefly detained on Saturday by the authorities in Tehran. A news agency said he was detained outside a university for inciting protests.

Condemning the arrest, British Foreign Secretary Dominic Raab said Iran "can continue its march towards pariah status or take steps to de-escalate tensions and engage in a diplomatic path forwards."

Protests inside Iran followed a build-up of tension between Iran and the United States, which withdrew from Tehran's nuclear pact with world powers in 2018 and then re-imposed sanctions that have steadily crippled the Iranian economy.

On January 3, a US drone strike in Iraq killed prominent Iranian commander Qasem Soleimani, responsible for building up Iran's network of regional proxy armies in Iraq and beyond, and Tehran responded with missile strikes on US targets in Iraq.

No US soldiers were killed, but in the tense hours after that, the Ukrainian Boeing 737 was cleared to take off from Tehran airport and then brought down by a missile fired in error by an operator who mistook the plane for an attacker. 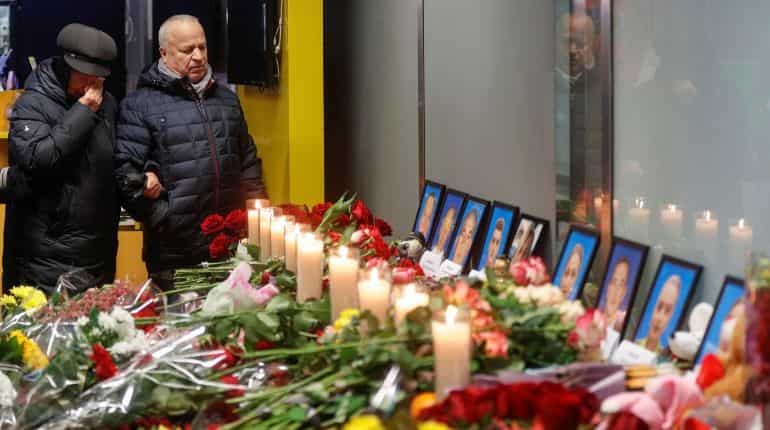 [ Relatives of the flight crew members of the plane that crashed in Iran, mourn at a memorial at the Boryspil International airport outside Kiev, Ukraine (Courtesy: Reuters) ]

Trudeau said Iranian President Hassan Rouhani had committed to collaborating with Canadian investigators, working to de-escalate tensions in the region and continuing dialogue.

Rallying to the establishment, Iranian lawmakers praised the elite force's commanders for courage in admitting the error, according to Fars, a news agency seen as close to the Guards, a parallel military set up to protect the theocratic system.

Iranian officials sought to portray the plane disaster as a second blow to a mourning nation after Soleimani's death in a US drone strike.

Soleimani's funeral had prompted huge public gatherings, which the authorities described a show of national unity. But the displays of emotion have been swiftly overshadowed and protesters on Saturday tore up pictures of the slain general.

Public fury at Iran's authorities had grown as questions about the plane crash mounted. Iranians on social media asked why officials were busy fending off criticism from abroad rather than sympathising with grieving families. Others asked why the plane was allowed to take off at a time of high tension.