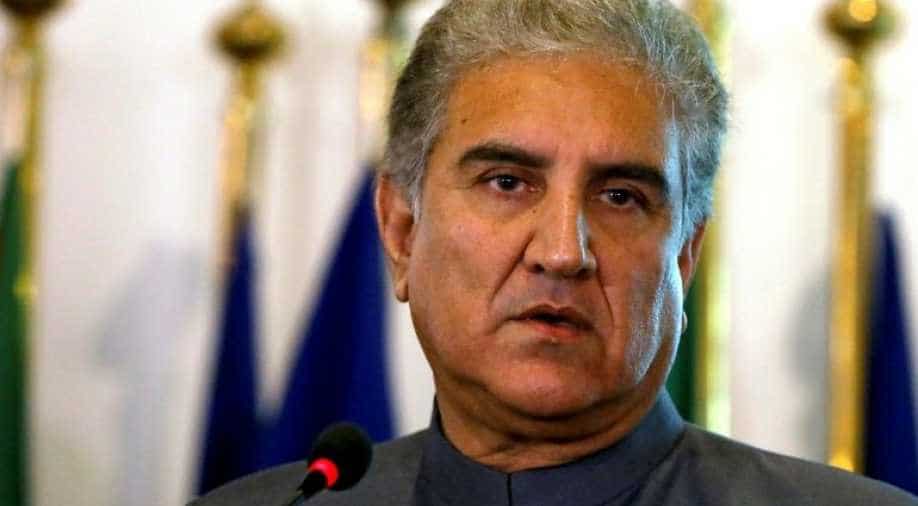 This visit comes in the backdrop of escalating US-Iran tensions after Soleimani, was killed in a drone strike ordered by President Donald Trump at Baghdad International Airport in Iraq.

Pakistan Foreign Minister Shah Mehmood Qureshi will embark on a visit to Iran and Saudi Arabia on January 13 to discuss the latest developments in the Middle East region.

"He (Qureshi) will visit Riyadh on January 13 to hold talks with Saudi Foreign Minister Prince Faisal bin Farhan Al Saud and consult on the issues of regional peace and stability," a Pakistan Foreign Office spokesperson was quoted by The Express Tribune, as saying on Saturday.

The spokesperson said that Qureshi will meet his Iranian counterpart Javad Zarif in Tehran and exchange views on the evolving situation in the Middle East region.

Qureshi has already spoken to his counterparts from Iran, Saudi Arabia, Turkey and Qatar, will undertake the visits on the direction of Pakistan Prime Minister Imran Khan.

This visit comes in the backdrop of escalating US-Iran tensions after Soleimani, the head of Iran's Revolutionary Guards' elite Quds Force, was killed in a drone strike ordered by President Donald Trump at Baghdad International Airport in Iraq.

Iran retailated by firing dozens of missiles at two US-led coalition bases in Iraq. However, no casualties were reported.

Soleimani's death marked a dramatic escalation in tension between the US and Iran, which has often been at a fever pitch since US President Donald Trump, in 2018, chose to unilaterally withdraw Washington from the 2015 nuclear pact the world powers had struck with Tehran.