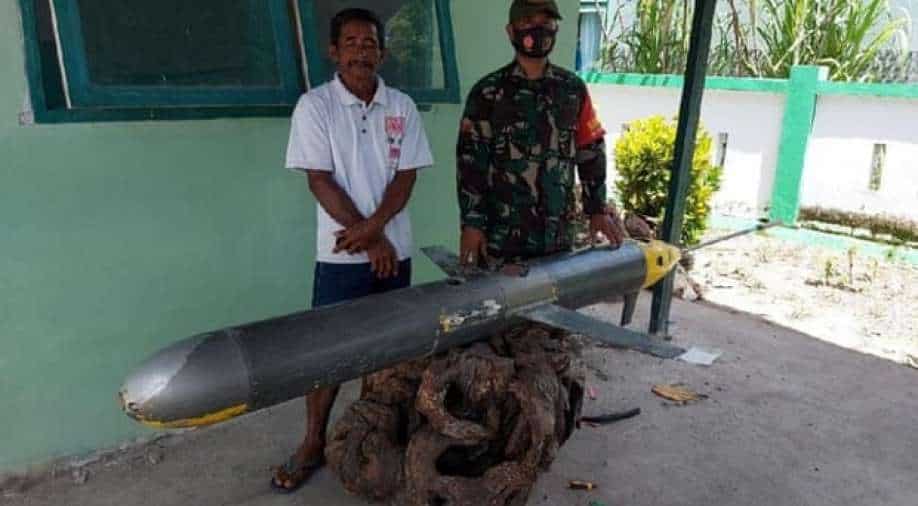 China has been accused of expansionist activities in the disputed South China Sea and has conducted widespread oceanographic research in regions believed to be militarily significant.

An Indonesian fisherman recently found what is believed to be a Chinese submarine drone in waters on a strategic maritime route from the South China Sea to Australia.

According to Indonesian media, the unmanned underwater vehicle (UUV) was found on December 20 near Selayar Island in South Sulawesi. It was later handed over to police and then transferred to the Indonesian military.

Observers have said the drone appears to be a Chinese Sea Wing (or Haiyi) UUV. The underwater glider is publically described as collecting data including seawater temperature, salinity, turbidity and oxygen levels.

China has been accused of expansionist activities in the disputed South China Sea and has conducted widespread oceanographic research in regions believed to be militarily significant.

A security analyst has said the drone was most likely mapping future submarine routes, given it was found far from Chinese waters and in a significant maritime route between China and Australia’s northernmost city of Darwin.

A different variant of the Sea Wing UUV was discovered by Indonesian fishers in March 2019 in the Riau Islands nearer the South China Sea, and another in January this year in East Java.

Also, in December 2016, a Chinese navy ship found and seized a US underwater drone in international waters near its coastline that the US navy was in the process of recovering.