Indian-American Nikki Haley confirmed as US envoy to UN 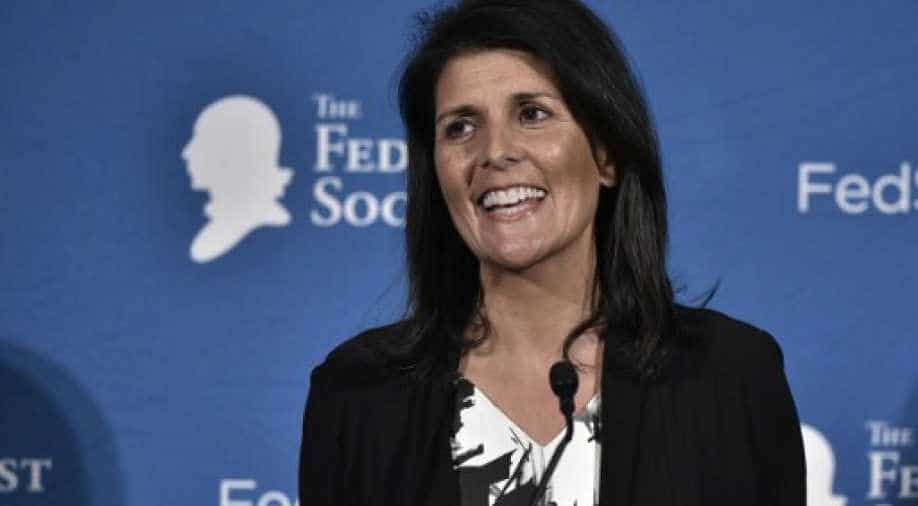 The nomination of Nikki Haley, the daughter of Indian immigrants, sailed through the Senate by a vote of 96 to four. Photograph:( AFP )

The US Senate on Tuesday overwhelmingly confirmed Nikki Haley, the governor of South Carolina, as US ambassador to the United Nations, delivering new President Donald Trump one of his most potent diplomatic tools.

The nomination of Haley, the daughter of Indian immigrants, sailed through the Senate by a vote of 96 to four.

The 45-year-old will assume the job at UN headquarters in New York with a clear early task: reassuring nervous governments around the world that Washington will remain engaged in international diplomacy during the era of Trump.

The new US president had just three cabinet members in place prior to the Haley vote: Secretary of Defense James Mattis, Homeland Security Secretary John Kelly and CIA Director Mike Pompeo, who was confirmed and sworn in late Tuesday.

Trump has signaled he would like to slash US funding for United Nations climate change programs, and he opposed a recent UN Security Council resolution critical of Israel that Barack Obama's administration had declined to veto.

Haley won the backing of Democratic Senator Ben Cardin because, he said, "she does not support efforts to slash American funding to the UN and that she would consistently vocalize US values, including universal human rights, good governance and press and religious freedom."

She also acknowledged in her hearing testimony that "Crimea is not Russian" and spoke "very strongly" about defending Ukrainian sovereignty, Cardin said, referring to the Kremlin's annexation of the region in Ukraine.

"The skill set she has for bringing people together, I have seen," Graham told the chamber.

One can learn the intricacies of foreign policy, he added, "but diplomacy is something you either have or you don't."

Former ExxonMobil chief executive Rex Tillerson, Trump's pick for secretary of state who many observers say is the most important member of the president's cabinet, has yet to be confirmed.

Tillerson visited the State Department for the first time on Tuesday.