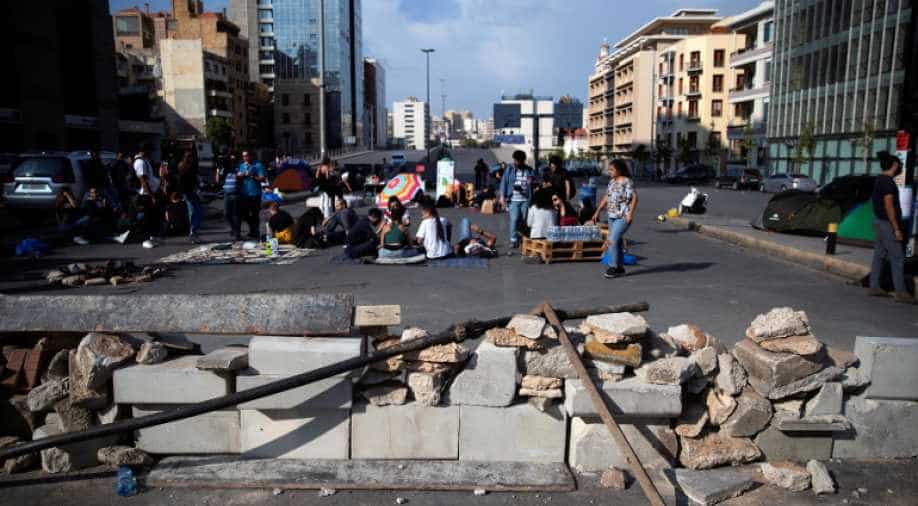 Lebanon has been swept by over 10 days of protests against a political class accused of corruption, mismanagement of state finances and pushing the country toward an economic collapse unseen since the 1975-90 civil war

The International Monetary Fund (IMF) said it is assessing an emergency reform package announced by Lebanon's government last week and stressed reforms should be implemented urgently given the country's high debt levels and fiscal deficits.

Lebanon has been swept by over 10 days of protests against a political class accused of corruption, mismanagement of state finances and pushing the country toward an economic collapse unseen since the 1975-90 civil war.

Last week the government unveiled a set of measures aimed partly at appeasing demonstrators and convincing foreign donors it can slash next year's budget deficit.

But the emergency reform package failed to persuade demonstrators to leave the streets or investors to halt a plunge in its bonds.

"We're studying it, we need to see not only what is in the package but also the timeline of the package for a country like Lebanon that has such high level of debt over GDP (gross domestic product) and high levels of twin deficits," Jihad Azour, director of the IMF's Middle East and Central Asia Department told Reuters.

Lebanon has one of the world's highest levels of government debt as a share of economic output. The IMF has forecast a fiscal deficit of 9.8% of GDP this year and 11.5% next year.

Prime Minister Saad al-Hariri said the emergency measures introduced last week – which included the symbolic halving of the salaries of ministers and lawmakers – might not meet the protesters' demands but were a start towards achieving some of them.

"Fundamental reforms are urgently needed in Lebanon in order to restore macro-economic stability, bring confidence back, stimulate growth and provide some solutions to the issues that were raised by the street," IMF's Azour said.

The Lebanese government is planning to accelerate a long-delayed reform of the state-run power sector, which drains $2 billion from the treasury per year while failing to deliver enough power for Lebanese.

Azour said that to restore confidence in the economy some of the long-awaited reforms in the energy and telecom sectors must be "clearly implemented with a very articulate timetable."

He said the fund was in regular discussions with the Lebanese authorities but that they had not asked the IMF to provide programme funding.