I am prepared to testify in Trump impeachment trial: John Bolton 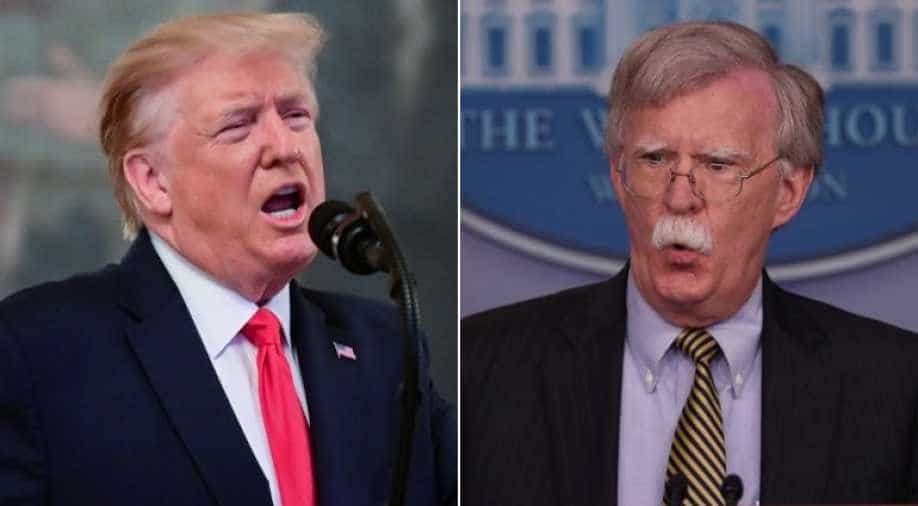 Former US national security adviser(NSA) John Bolton in a statement said that if the US Senate issues a subpoena for his testimony in President impeachment proceedings.

In Pics: What all 'high crimes and misdemeanors' can Trump be impeached for?

"I have had to resolve the serious competing issues as best I could, based on careful consideration and study. I have concluded that, if the Senate issues a subpoena for my testimony, I am prepared to testify," Bolton said in a prepared statement posted on Twitter.

I have posted a brief statement regarding testimony on the Ukraine impeachment matter before the Senate at: https://t.co/Q3TwI2BzBp

Bolton was fired as NSA by President Trump last September. The White House had earlier claimed "executive privilege" to prevent Mick Mulvaney, Bolton, Michael Duffey and Robert Blair from testifying before the House.

Also Read: US Senate in stalemate over how to proceed

"The House has concluded its Constitutional responsibility by adopting Articles of Impeachment related to the Ukraine matter," Bolton said, adding, "it now falls to the Senate to fulfill its Constitutional obligation to try impeachments, and it does not appear possible that a final judicial resolution of the still-unanswered Constitutional questions can be obtained before the Senate acts."

However, the former US NSA had refused to testify even as his lawyer said he could provide new insights into the case.

"Bolton is an important witness to misconduct involving Ukraine that he called a 'drug deal," Schiff said. "Bolton refused to testify in the House, following Trump's orders," he said.

"Now he is willing to come forward," he said. "The Senate must allow testimony from him, Mulvaney and others. The cover-up must end," Schiff added.

House Speaker Nancy Pelosi is yet to allow the charges against Trump to be submitted to the Senate. Republicans hold a 53-47 majority in the Senate.

Trump has dimissed the impeachment trial asserting that he has done nothing wrong calling it "partisan".