Helping to fuel a green revolution 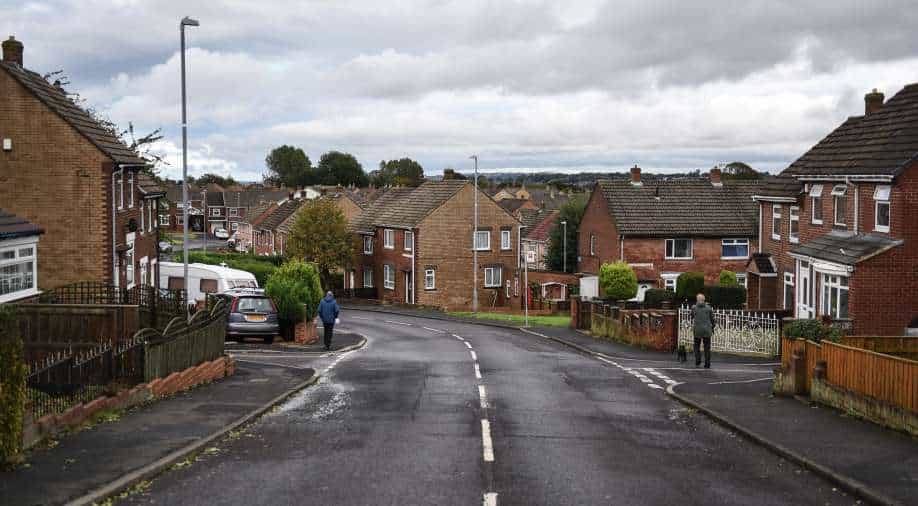 As the host of the United Nations climate talks in Glasgow, Scotland, the British government has committed to one of the world’s most ambitious emission reduction targets, pledging to slash greenhouse gases by 78% by 2035. Home heating is one of the areas where it has to match its promises with action

Bibba Thompson and the 75 older adults who live around her in a local government housing community in northern England do not look like revolutionaries.

But they are cheerfully taking part in a home energy trial that is billed by organizers as part of a new “green industrial revolution,” one they hope will put their little community at the forefront of global energy changes for the second time in three centuries.

Since August, Thompson, 58, and her neighbours in the hilltop village of Winlaton, outside Newcastle, have had their gas heaters and stoves fueled by a blend that includes up to 20% hydrogen. The reason? To reduce the climate-warming gases, like carbon dioxide, that are emitted by their appliances.

As the host of the United Nations climate talks in Glasgow, Scotland, the British government has committed to one of the world’s most ambitious emission reduction targets, pledging to slash greenhouse gases by 78% by 2035. Home heating is one of the areas where it has to match its promises with action.

Trials in Australia and elsewhere have experimented with lower levels of hydrogen in the fuel blend, and the Netherlands allows blends of up to 12%, but the gas network operators organizing the 670-home Winlaton trial say this is the first time a 20% hydrogen blend has been put into an existing gas grid with normal gas appliances.

With the government concentrating on supporting the use of hydrogen for industrial customers rather than home heating, the gas companies are desperate for their huge pipe networks to retain a central role in the nation’s heating, and part of their strategy is to convince the public that switching to hydrogen would be clean, easy, cheap and safe.

“A few people were dubious at first about ‘Is my boiler going to blow up?’ but it has all gone well and they are quite chuffed with it now,” said Thompson, who lives on site and manages the 55-unit complex for people over 65.

“The older ones think that cleaning up the environment is great for their grandkids, and it really strikes a chord here because of our history,” she said. “We might be just a little village but we have got a big coal heritage.”

Winlaton did indeed play a big role in the era that first unleashed fossil fuels on a mass scale.

A few hundred meters from Thompson’s housing project, just behind the library on Church Street, sits a 330-year-old forge, the last remnant of an operation that made Winlaton a crucial site in the Industrial Revolution.

The forge was part of an enterprise set up in 1691 by Ambrose Crowley that became the largest iron works in Europe, with hundreds of workers churning out nails and chains for the Royal Navy and other iron goods, including slave manacles for British colonies. That was years before the invention of the steam engine and other machines that are generally held to mark the start of the Industrial Revolution.

Val Scully, a trustee of the local heritage centre, said that Crowley’s key contribution was to pioneer mass production techniques and the creation of an industrial working class, who toiled side by side on weekly salaries. It was that system that allowed the inventions of the next decades to flourish and unleash the genie of coal power, a genie that much of the world is now desperately trying to put back in its bottle.

Tim Harwood, the head of hydrogen projects at Northern Gas Networks, a pipeline operator, said northeast England has a chance to be the home of “the next industrial revolution, a green one.”

The region is already an important focus of offshore wind energy and the government sees the industrial clusters around Newcastle and Hull as centers of what it hopes will be a conversion to clean-burning hydrogen.

Hydrogen’s lower calorific value means that rolling out a 20% blend to all natural gas customers would reduce their emissions from heating by 7%, trimming about 1% from total emissions in Britain. The big payoff would come with a switch to pure hydrogen, which could slice more than one-tenth off the nation’s emissions. But it would also require the installation of millions of new appliances — an enormous challenge.

Harwood said blending is “just a steppingstone and a way of stimulating the switch over to hydrogen.”

Many analysts and some government ministers doubt that the nation will be able to produce enough hydrogen in the foreseeable future to roll it out beyond heavy industries.

The challenges include getting the costs of production down quickly enough to reduce the subsidies needed to make hydrogen price-competitive and moving as quickly as possible from “blue hydrogen,” which is made with methane and requires the capture and underground storage of its own carbon emissions, to the cleaner “green hydrogen,” which needs more electricity to produce but has no carbon emissions.

The gas operators are trying to speed things up, and are keen not to be bypassed in the government’s drive to install the potentially cleaner electric heat pumps that are already popular in continental Europe.

“You couldn’t put a heat pump in most Winlaton homes,” he said, “because the housing stock is old, leaky and cold, and heat pumps don’t produce enough heat without special insulation.”

Current programs to upgrade the gas network by replacing metal pipes with hydrogen-ready plastic should be finished by the time enough hydrogen is being produced to consider switching heating to pure hydrogen, Harwood said, and the gas companies want the government to mandate as soon as possible that all new gas boilers must be capable of being converted to hydrogen.

The government has already announced plans for a “hydrogen village” trial in which about 2,000 properties will run on pure hydrogen from 2025, to be followed by a “hydrogen town” of up to 15,000 properties by 2030, but Harwood said the gas operators would prefer to see that schedule sped up.

Dave Tully, a 63-year-old former military police officer who lives in a two-bedroom terrace house in Winlaton, said he received leaflets about the 10-month trial and a free safety inspection of his appliances but he still felt “railroaded” into taking part.

“I think it was going to go ahead no matter what the public thought, but in the end, that’s probably fair enough,” he said. “It turns out it hasn’t changed the way our cooker or heater work at all and I suppose we have to do something about climate change, so this sort of thing is probably necessary.”

The hydrogen campaign in Winlaton has included invitations to two display homes, where locals can see that the 100% hydrogen stoves and heaters are the same size as existing gas appliances. The only noticeable difference is that the flame from the burners is orange rather than blue and has a broader “sunflower” shape to distribute the heat more widely, as hydrogen is lighter and its heat tends to rise more quickly.

Harwood said he hoped to see those new flames heating British cups of tea within a decade.