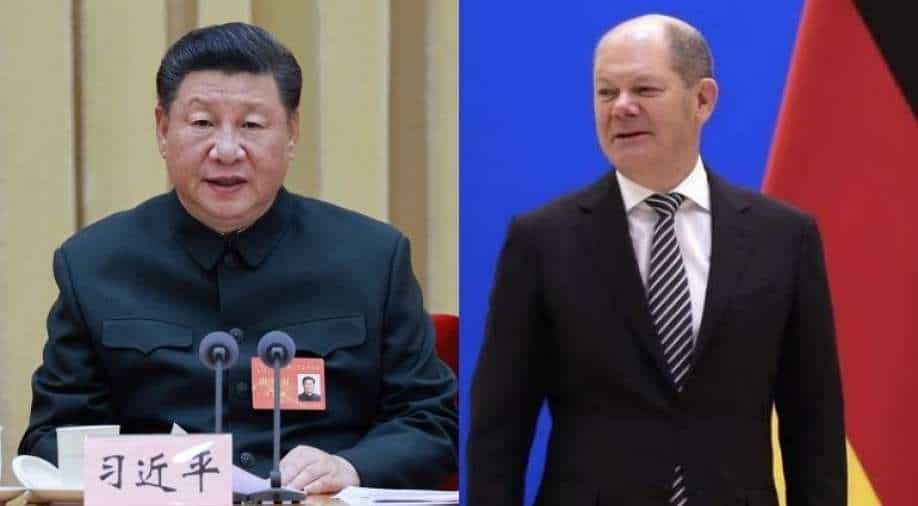 Chinese President Xi Jinping underlined the importance of continuity and pragmatism in bilateral relations during a phone call with German Chancellor Olaf Scholz. Scholz is under pressure to speak out against alleged human rights violations in China.

In a first phone call on Tuesday, German Chancellor Olaf Scholz and Chinese President Xi Jinping pledged to strengthen economic ties, but neither side mentioned human rights or the situation in Hong Kong in their readouts.

According to a readout by China's state-run news agency Xinhua, the new German leader urged Xi that German-Chinese relations should be fostered "in the spirit of mutual respect and mutual trust," echoing his predecessor Angela Merkel's attitude.

Scholz also said he hoped the stalled EU-China investment accord "would take effect as soon as feasible," which sparked controversy.

The remark appears to contravene Scholz's Social Democratic Party's coalition pact with two other parties to create his current cabinet.

The accord said that the investment pact with China, which was hurried through at Merkel's request, could not be ratified at this time.

Xi Jinping reiterated that China-Germany cooperation is the forerunner of China-EU cooperation, and that as the two countries look ahead to the next 50 years, they must have a global and long-term perspective, move forward, and strive for new developments in bilateral relations.

Xi Jinping also urged both sides to pursue mutual cooperation in an active and pragmatic manner, actively explore new areas of cooperation such as new energy, green, and digital economies, and fully realise the potential of trade in services.