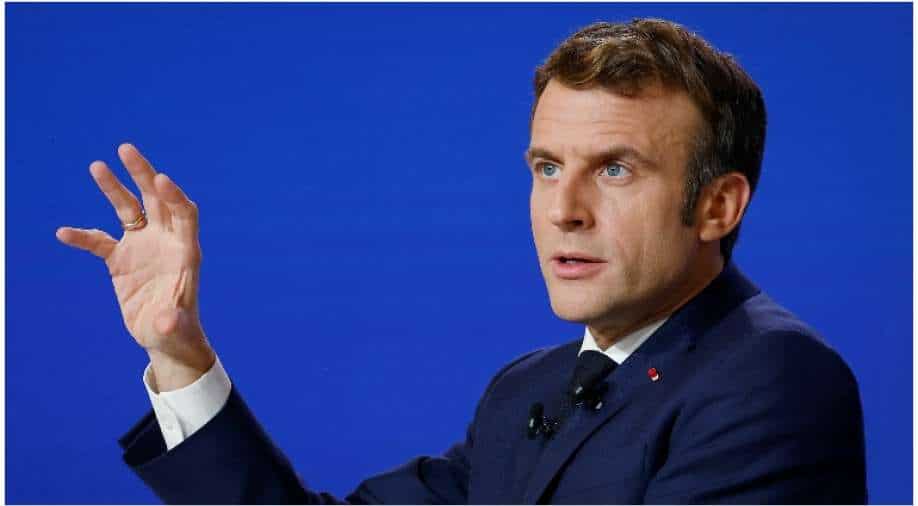 French President Emanuel Macron said that the boycott, led by the US and other western nations, is just a “symbolic step” and added that it won’t have any significant impact. Photograph:( AFP )

France has refused to join the diplomatic boycott of the winter Olympics that is scheduled to take place in Beijing, calling such a move “insignificant”.

French President Emanuel Macron said that the boycott, led by the US and other western nations, is just a “symbolic step” and added that it won’t have any significant impact.

So far, only three countries— Australia, the United Kingdom and Canada—apart from US have openly declared their diplomatic boycott, saying that they would not send government representatives to the 2022 Winter Olympics to protest against China’s human rights record.

These countries said that they would only send their athletes to participate in the event.

The boycott was also in response to a crackdown on political freedoms in Hong Kong and concerns about Chinese tennis player Peng Shuai, who was not seen for weeks after she accused a top government official of sexual assault.

“To be clear: You either have a complete boycott, and not send athletes, or you try to change things with useful actions,” AFP quoted Macron as saying at a news conference on Thursday.

He, however, added that he was “in favour of action that has a useful outcome”.

Questioning the utility of the diplomatic boycott, Macron noted that he “didn’t hear anybody in the world say: Let’s not send our athletes. So, we’re talking about something rather symbolic,” he said.

France would instead work with the International Olympic Committee on a charter guaranteeing the protection of athletes “given what has happened over recent weeks”, Macron said in an apparent reference to tennis player Peng Shuai.

Beijing had reacted strongly to the boycott, saying that the countries “will pay the price for their mistaken acts”.

Meanwhile United Nations Secretary General Antonio Guterres said he had accepted an invitation to attend the opening of the games.