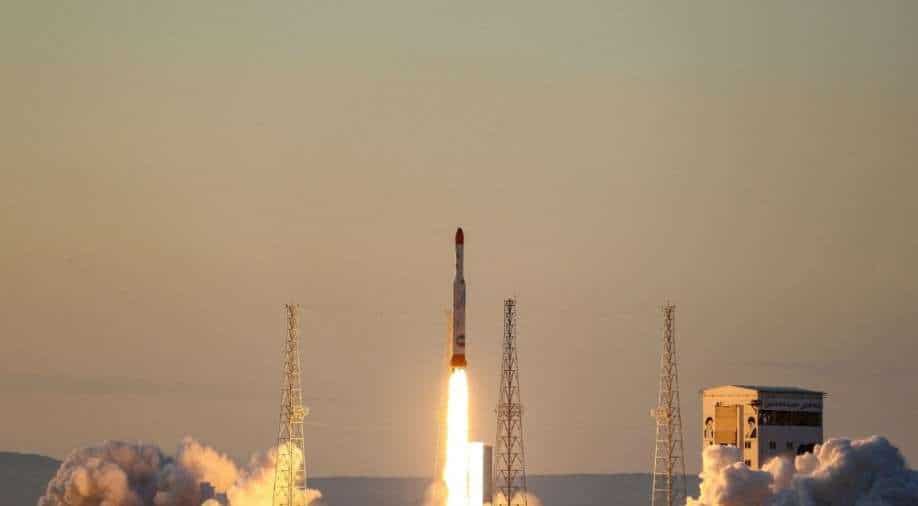 Iranian satellite carrier rocket 'Simorgh' is launched in an unknown location in Iran, in this picture obtained on December 30, 2021. Ministry of Defense of Iran/WANA (West Asia News Agency). Photograph:( Reuters )

Iran had informed and Iranian state TV showed footage, confirming the firing of the launch vehicle from the Imam Khomeini Space Center

After Iran announced on Thursday that it had carried out a new space launch, France has now condemned it and said that it was "regrettable" amid the ongoing nuclear talks with world powers.

France's foreign ministry said on Friday (December 31) said that the satellite launch was in breach of the United Nations Security Council resolutions.

"These activities are all the more regrettable as they come at a time when we are making progress in the nuclear negotiations in Vienna," the French foreign ministry said.

"We call on Iran not to launch further ballistic missiles designed to be capable of carrying nuclear weapons, including space launchers."

Iran had informed and Iranian state TV showed footage, confirming the firing of the launch vehicle from the Imam Khomeini Space Center in northern Iran.

Criticism from the West

After the news of the launch emerged, it was criticised by the West as they worry that satellite launch systems incorporate technologies interchangeable with those used in ballistic missiles capable of delivering a nuclear warhead.

Meanwhile, Iran insists its space programme is for civilian and defence purposes only and does not breach the nuclear deal or any other international agreement.