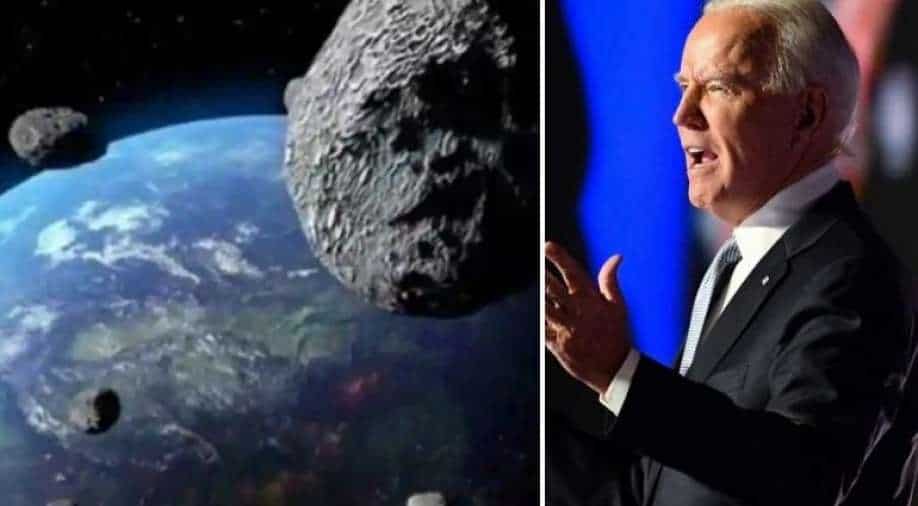 Joe Biden is set to take over presidential duties in the United States starting January 20. Besides pro-Trump rioters, celestial objects may now be in his way.

Joe Biden is set to take over presidential duties in the United States starting January 20. Besides pro-Trump rioters, celestial objects may now be in his way.

Over the next few days, a series of asteroids are expected to brush off Earth. In fact, one is travelling towards our planet at the speed of 46,000 kilometres an hour (29,000 miles).

But NASA’s Center for Near Earth Object Studies claims that a handful of asteroids will near Earth in the coming days, and that on the Inauguration Day alone, four such asteroids are expected to cross paths with our planet.

So far, the asteroids are believed to be travelling in a safe direction, not in the direction line of our planet. But all four have given the “close approach” designation by NASA. The closest asteroid called “2021 BK1” will pass by Earth at a distance similar to the Moon’s orbit. From the fleet of asteroids headed to Earth, one is 93 metres in width!

Trump in cahoots with aliens?

Earlier, a former Israeli space agency chief Haim Eshed shocked the world by claiming that aliens exist, along with a Galactic Federation. He also claimed that Trump administration is a part of this federation.

“Humanity is not ready yet”, he told a local newspaper, while saying that Trump wanted to reveal the existence of aliens to the people, but they suggested against it to avoid a situation of mass hysteria.

Others were quick to brush off his claims as bizarre. But he himself acknowledged this possibility while saying that if he had said the same words five years ago, he could have been hospitalised.