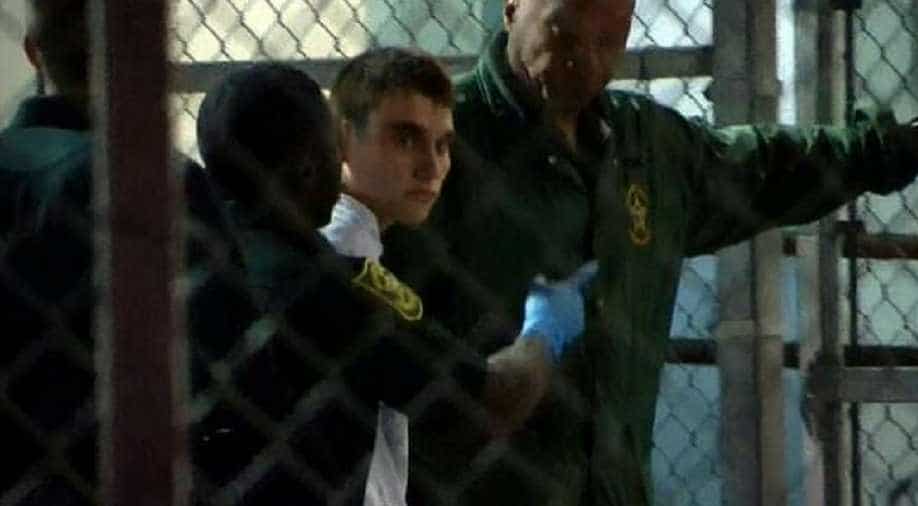 Cruz shot people in the hallways and inside five classrooms on the first and second floors of the freshman building. Photograph:( AFP )

The boy behind the Florida school shooting on Wednesday, Nikolas Cruz, was a member of a "white supremacist group" and had been a part of the military-style training routines, the rights group Anti-Defamation League said Thursday.

Nikolas Cruz, 19, described by fellow pupils as a “weird and racist” gun-obsessed, has been charged with murdering 17 people at his former school in Parkland, Florida.

Jordan Jereb, believed to lead the shadowy Republic of Florida (ROF) group, said that Cruz had been "brought up" by a member of the group and joined its training exercises near Tallahassee, Florida.

Jereb said that he didn't know the 19-year-old suspect personally and that "he acted on his own behalf of what he just did and he's solely responsible for what he just did," the local media reported.

Republic of Florida describes itself on its website as a "white civil rights organization fighting for white identitarian politics." It advocates creating a "white ethnostate" in Florida.

As per reports, the group "borrows paramilitary concepts from the anti-government extremist militia movement."

"I don't know precisely what he believes," Jereb said. "I know he knew full well he was joining a white separatist paramilitary proto-fascist organization."

He further said that Cruz was a member of its "cell" in Clearwater, Florida, about 300 kilometers (180 miles) northwest of Parkland, and had trained with them.

"He probably used that training to do what he did yesterday. Nobody I know told him to do that, he just freaked out," Jereb said.

Cruz confessed to police that he “began shooting students that he saw in the hallways and on school grounds” once on campus, according to a police arrest report released Thursday.

He carried a black duffel bag and a black backpack, where he hid ammunition magazines, the report said. He arrived at the school in Florida in an Uber at 2:19 pm and made his way into Marjory Stoneman Douglas High School, where he pulled out a semiautomatic AR-15 rifle, according to details described by the authorities at a news conference on Thursday.

Cruz shot people in the hallways and inside five classrooms on the first and second floors of the freshman building. He eventually discarded the rifle, a vest and ammunition on a stairway and blended in with fleeing students and got away, the authorities said.

After leaving the school, he went to Walmart, and then bought a drink at a Subway. He also stopped at a McDonald’s. He was arrested by the police without incident as he walked down a residential street at 3:41 pm.