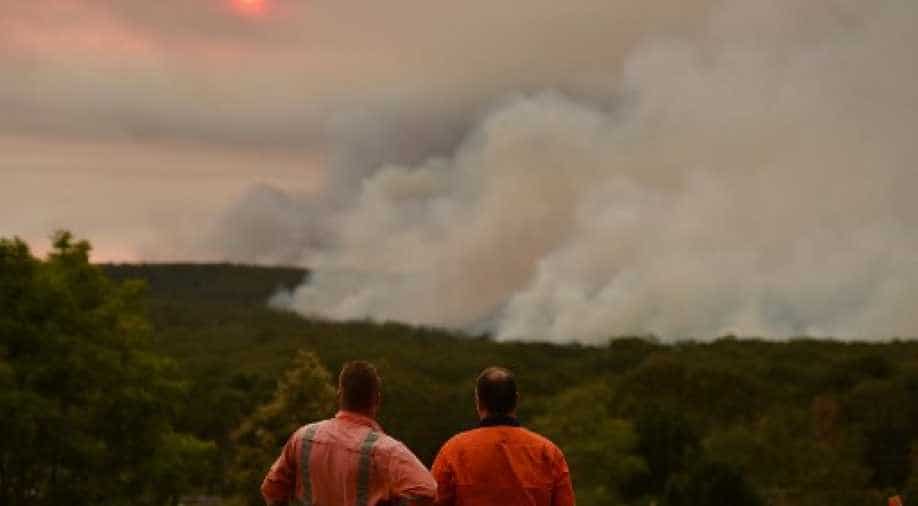 Australian firefighters spent much of Christmas fighting wildfires as unexpected cooler conditions helped to contain the fires somewhat even as the country cheered their efforts.

The volunteer firefighters spent the day in New South Wales took time out from Christmas Day celebrations to contribute towards fighting the devastating fires which have devasted large parts of the region.

The bushfire affected Australia's favourite game cricket as well with Test bowler Peter Siddle being treated for smoke inhalation after a Big Bash League match in Canberra. The match had to abandoned due to toxic smoke engulfing the stadium.

As the match was abandoned, the Australian Cricketers Association said it was working with the  International Cricket Council(ICC) to prepare guidelines for a "air quality policy."

According to forecasters, heat conditions are set to return in a few days, especially over the weekend as firefighters continue to battle the raging bushfires. On Christmas Eve, Sydney and Brisbane's residents received much-needed rain relief from the fires as rain hit the area. Several took to social media to celebrate residents sharing videos of thunderstorm hitting the eastern Australian city of Brisbane.

Prime Minister Scott Morrison who has been under fire for taking a vacation in Hawaii in the midst of a tough wildfire wave thanked volunteers on Christmas for their gallant effort.

"As we look forward to next year and as we celebrate this Christmas I want to thank all of those who serve our nation," PM Scott Morrison said in a video post on social media. PM Morrison had earlier announced paid leave for volunteer firefighters during his tour to fire-affected areas across the country.

Australia has been fighting wildfires for weeks now, with blazes destroying over 700 homes and nearly three million acres of bushland.