Exclusive: Increasing number of Indians are trafficked to Chile everyday 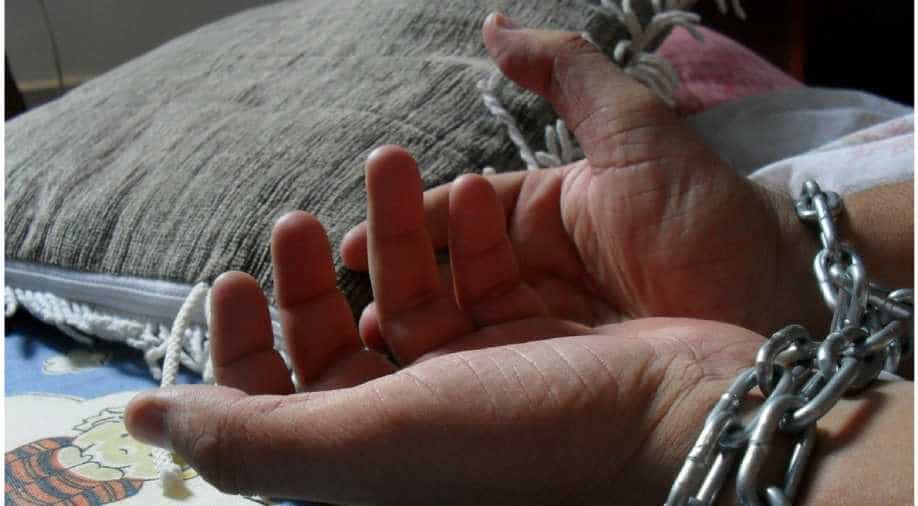 Instances of trafficking of Indian citizens to Chile was first reported in 2014. Photograph:( Others )

Chile is fast developing as a hub of human trafficking. For the last 10 years, the country has witnessed an unprecedented rise in migration. Most of these immigrants came from Central America, the Caribbean islands and the neighbouring countries of South America. As per the United Nations Office on Drugs and Crime (UNODC) Global Trafficking Report (2014, 2016), Chile is also receiving a significant number of immigrants from Asia, particularly India and China.

Instances of trafficking of Indian citizens to Chile was first reported in 2014.

In a very trendy Indian restaurant, located in one of the central neighbourhoods of the capital city, Santiago, the owner who was an Indian himself was found subjecting 12 other Indian citizens to forced labour. The 12 Indians were brought by the owner under false promises of work and were held in miserable conditions. They lived in the restaurant, basically with no payment, no contact with the outside world as they were unable to communicate due to language barrier (none of them spoke Spanish) and with inadequate sanitary and health provisions. When discovered, one of the victims was suffering from tuberculosis, a disease that had been wiped out of Chile, a long time ago.

Located in one of the central neighbourhoods of the capital city, Santiago, the owner who was an Indian himself was found subjecting 12 other Indian citizens to forced labour.

The Indian owner of the restaurant and his Chilean manager were criminally charged with for human trafficking and sent to police custody. The defendants appealed, and the Court, unfortunately, subjected the defendants simply to house arrest. In the appeal’s hearing, the Indian defendant was accompanied by his ambassador, who testified in his favour, praising the accused's remarkable character, who he knew on a personal level.

Four victims were eventually repatriated. There has been no news regarding updated outcomes of the case.

Last April, another Indian citizen, owner of two local Indian restaurants in Vina del Mar, a city in the central coast, was detained and charged with the crime of trafficking 11 Indian citizens who were brought under false promises of work. The defendant had forged their migration papers and had sent false documentation to the Chilean embassy in India. Although the prosecutor had required the accused to be held in custody, the judge set the defendant free, and summoned him to a future hearing.

That same month, two Indonesian women accused an Indian citizen, owner of a shop in the Free Trade Zone of Southern Chile (Magallanes), of having trafficked them for domestic servitude when they were minors, forging their passports and lying about their final destination. The women were held under his control for more than three years, and brought under false promises of work and good salaries. They originally reported the case in 2011 with no response from the local prosecutors and are currently trying to reopen the case.

All these cases were brought to the attention of the authorities because the victims themselves had the chance to escape and report their exploitation to police officers or labour inspectors. According to local residents in Magallanes, the situation of servitude and forced labour among migrant population in the Free Trade zone was something everybody knew, but nobody talked about.

Chile is quite new in the international anti-trafficking enterprise. It incorporated the crime in the way it is prescribed by the Palermo Protocol (2000) as recently as in 2011. In 2008, Chile created a Committee against Trafficking in Persons which is a national intersectoral multiparty task force. But it was not until the modern law of human trafficking -Law No. 20.507- was enacted that the Committee came to be fully functional. During 2013-2014, the Committee designed and implemented the first national plan of action that covered strategic dimensions of awareness-raising and training, including details about detection and prosecution, victim assistance and international co-operation.

What prompted the government’s response was not only the need to fulfill its international obligations but to address an unprecedented phenomenon: an actual increase in cases involving the recruitment, transportation and exploitation of foreign citizens within the Chilean territory.

The magnitude of the problem is great and if appropriate measures are not taken immediately we face great risks.

There are no boundaries anymore for the global market of human commodity. Long distances and cultural differences are no obstacles for people recruiting others under fraud or coercion from anywhere in the world despite the potential costs involved.

Human trafficking is, after drug trafficking and arms trafficking, the third biggest illicit market. However, trafficking is not necessarily a manifestation of complex organised crime; it has transformed into private transactions between individuals. Parallel to criminal entrepreneurial industry, trafficking has come to manifest in a more subtle way, as a kind of private labour recruiting system, performed by individuals who live perfectly normal lives, with normal jobs, that “employ” workers using the techniques of fraud and coercion in a smaller scale.

This is a particularly dangerous and complex trait. Facilitated by globalisation of poverty and migration restrictions, there is a huge market of cheap labour force, willing to take risks to achieve the dream of a better life. They are recruited on a one-by-one basis, accepting work offers from individuals that will employ them in exploitative conditions. According to International Labour Organisation, forced labour in the private economy generates US$ 150 billion in illegal profits per year.

Unfortunately, there is a systematic failure to understand trafficking from the operators of the criminal justice system. Due to a misperception of what constitutes the core of the crime, there is a failure in detecting and convicting the traffickers. For instance, public officials are keen to book cases but fail to recognise situations of abuse that happen in domestic settings where no extraordinary, movie-like conditions take place.

The UN Convention against Transnational Organised Crime and its Protocols against trafficking in persons and smuggling of migrants was a landmark in the fight against trafficking in persons. But since the Convention, the focus has turned towards fighting complex organised criminal activity at the expense of detecting more domestic and silent exploitation taking place in private settings.

Nevertheless, and more seriously, blindness to certain situations of trafficking has to do with the fact that there is a massive normalisation of mistreatment in employment relationships. There is a tendency to normalise abuse by viewing it as a legitimate social dynamism of relationship. Legitimate in the sense that it expresses a cultural practice, explicitly or implicitly consented or at least tolerated by the members of the community.

In today´s globalised inequality, the employment relationship carries in itself a trait of subordination and dependence that is taken as a given thing

Among communities, cultural differences act as a barrier that impedes detecting the abuse from the part of the local criminal justice operators or even the general public. The submissive behaviour of foreign workers is interpreted as a natural behaviour relevant to a particular culture. There is no further questioning and, more dangerously, there is an implicit approval of the situation under the idea of “they are worst off in their own countries”. As if that, in some strange way, would authorise conditions of abuse that the bystanders themselves would not tolerate or would not delay signalling it as exploitation if it had happened to them.

Trafficking is occurring as a private, domestic practice because we are tolerating and accepting abuse in the way we relate to each other. And we are tolerating and accepting abuse because, in some level, we believe we are not equal, and therefore we do not deserve the same. In today´s globalised inequality, the employment relationship carries in itself a trait of subordination and dependence that is taken as a given thing, a fact as natural as a storm, or an earthquake.

This given fact of unequal power to set the conditions for mutual exchange, consciously or unconsciously. It authorises and legitimises hierarchies between individuals. In absence of internal ethics or external controls of law and enforcement, abuse and exploitation get justified. The massive naturalisation of abuse operating under the belief we are not truly equal gives no space to detect trafficking: it is the way things are.

Thus, any real attempt to combat human trafficking will require a radical ethical shift:  to recover the age old principle of commutative justice, that is, recovering the notion of what is fair and just in exchange of what two or more people in their private capacities is an equivalence in the benefits: each party of the relationship deserves the same. Arithmetically the same.

I am saying nothing new. This was stated by Aristotle, and by Ulpian and the Stoics before him. But as Andre Gide used to say, everything that has to be said has already been said. But since no one was listening, everything has to be said again. 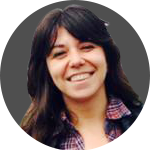 Carolina Rudnick is the director of LIBERA, an NGO working against human trafficking and slavery in all its forms.