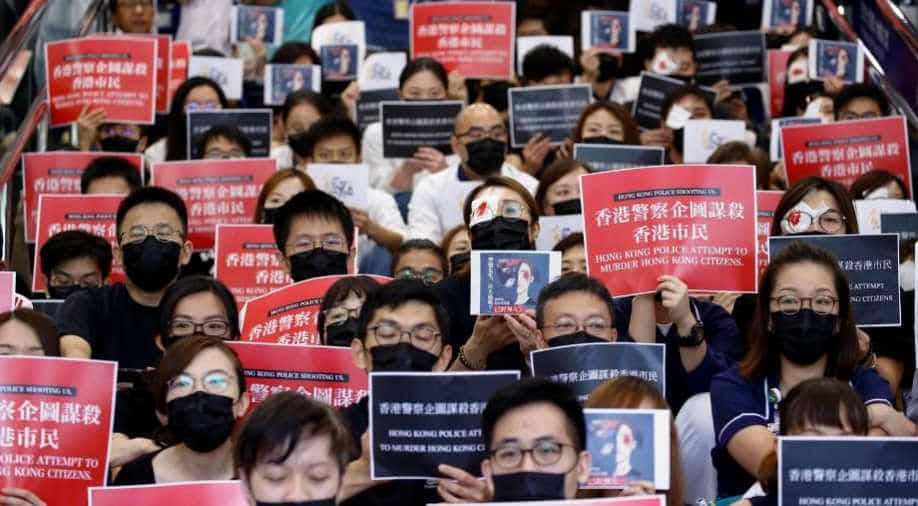 It is crucial that restraint is exercised, violence rejected, and urgent steps are taken to de-escalate the situation in Hong Kong.

The European Union believes it is necessary to take urgent steps to de-escalate the situation in Hong Kong, the bloc's foreign policy chief, Federica Mogherini, said in a statement on Saturday.

"The European Union recalls its close relations with Hong Kong under the ‘one country, two systems’ principle and its strong stake in its continued stability and prosperity. ... It is crucial that restraint is exercised, violence rejected, and urgent steps are taken to de-escalate the situation," the statement said.

The dialogue should involve all key participants in the process, it added.

"Fundamental freedoms, including the right of peaceful assembly, and Hong Kong’s high degree of autonomy under the ‘one country, two systems’ principle, are enshrined in the Basic Law and in international agreements and must continue to be upheld," Mogherini concluded.

Thousands of teachers on Saturday flooded the streets of Hong Kong for an anti-government demonstration against the extradition law, a Sputnik correspondent reported from the scene.

Members of the Hong Kong Teachers Union gathered at the Chater Garden park in central Hong Kong. They marched to the office of the head of administration, Carrie Lam.

It rained heavily in Hong Kong but protesters said it would not prevent them from participating in the rally.

"We will go anyway. We do not care," one of the demonstrators told Sputnik ahead of the march.

Demands of the teachers union’s members are the same as those of other protesters. They include fully abandoning the extradition law, which would allow Hong Kong authorities to extradite suspects to various jurisdictions, including mainland China, without any bilateral agreements, which are currently required for it.

In the meantime, hundreds of anti-government protesters gathered in Mong Kok, one of the major shopping areas in the city. Police officers in full gear attempted to push them away. However, no clashes were seen in the area, the Sputnik correspondent reported.

The demonstrators later started hurling eggs at a nearby police station. They then lined up along the road and began chanting slogans. Dozens of police officers ultimately pushed them away, preventing the crowd from blocking the traffic.

China’s semi-autonomous region has been rocked by protests since early June. At first, the rallies were peaceful but they subsequently led to violent clashes between the demonstrators and the police.