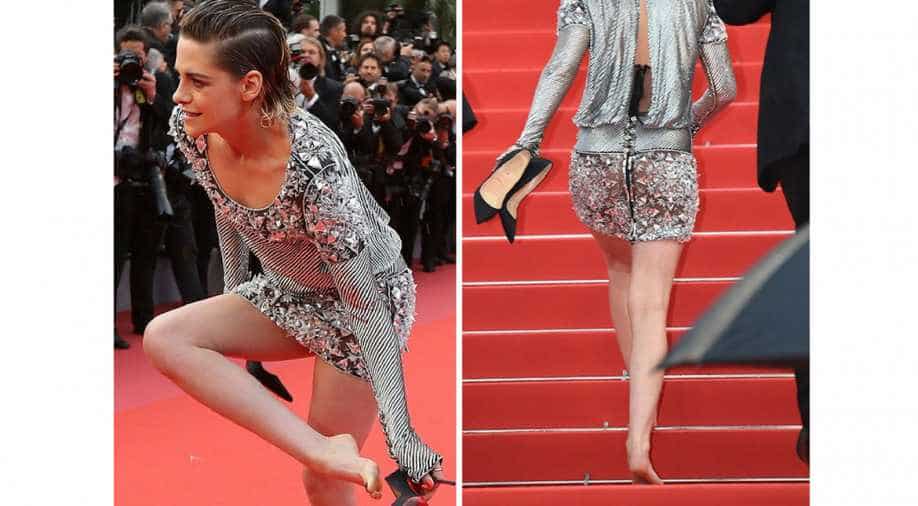 Actress Kristen Stewart who gained fame with her hit performance in blockbuster film series "Twilight" was last spotted a the Cannes red carpet in a silver and black short dress with glittery work all over that.

While many would have just zoomed in on her dress and thought of ways to replicate the style-- there’s something else that took the guests and paparazzi by shock.

In a move to signal against the Cannes’ ‘no flats’ policy, Kristen walked barefoot at the red carpet. She took off her shoes, a pair of black Louboutins and climbed up the stairs of the red carpet with ease.

In a roundtable premiere of “BlackKkKlansman”, has been a vocal critic of the red carpet’s heels-only policy for women. Last year, she said, “It’s just like you simply cannot ask me to do something that you are not asking him [to do]. I get the black-tie thing but you should be able to do either version—flats or heels.”

Kristen Stewart ditching her heels on the red carpet at #Cannes is our current mood. ?

Many on Twitter applauded Stewart’s act of rebellion while some felt that the act overshadowed her.

Meanwhile, Indian actresses are taking the red carpet by a storm as after Deepika, Kangana and Aishwarya now it's Sonam's turn to stun one and all.