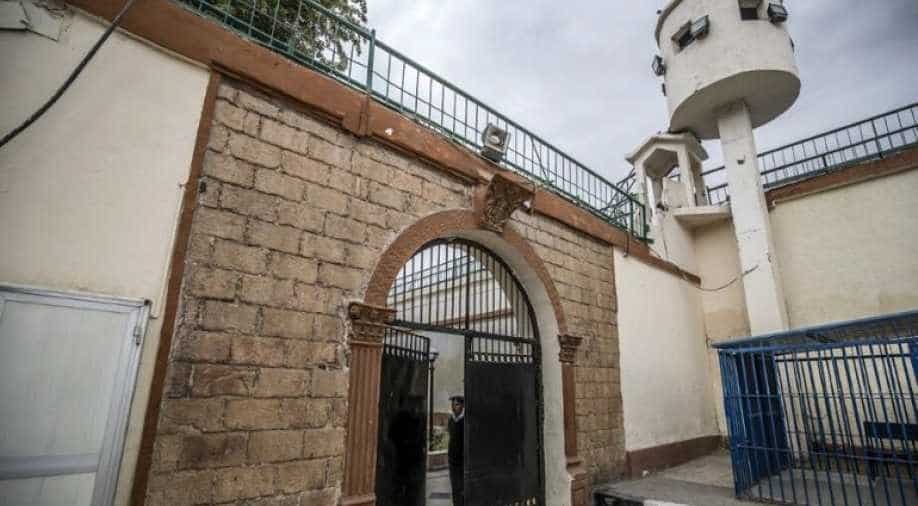 A picture taken during a guided tour organised by Egypt's State Information Service on February 11, 2020, shows an Egyptian policman standing guard at the Tora prison in the Egyptian capital Cairo. Photograph:( AFP )

An Egyptian journalist who was jailed for peddling fake news recently died of COVID-19. Besides the debate around freedom of speech in the country, this has spurred fears of the unknown situation in Egyptian prisons, where COVID-19 may be spreading like wildfire.

The 65-year-old Mohamed Monir reportedly caught the virus during the informal detention which precedes imprisonment.

After he fell ill and started exhibiting symptoms, he was released, after which he died at an isolation ward of a hospital in Cairo. This information was released by the rights group Committee to Protect Journalists. In its statement, the group claimed that “brief detentions could mean a death sentence” during the pandemic.

The head of the Egyptian Journalists’ Syndicate Diaa Rashwan, referred to Minor’s death on Facebook and claimed that they were in touch before he passed away.

Monir appeared on Al-Jazeera TV last month, which is banned in Egypt. After this, he was arrested and imprisoned in Tora prison.

Al-Jazeera was ordered shut after the ousting of Egyptian president Mohamed Morsi. Authorities accused the channel of catering to anti-Egypt sentiment.

Monir was arrested on charges of spreading fake news, and was then kept in custody for two weeks. He was additionally accused of joining a terrorist group and of misusing social media.

Many such instances of detention before trial especially concerning journalists have come forward from Egypt over the last few years. Many claim they are held for years without proper care.

People with co-morbidities are at a higher risk of contracting COVID-19. Monir suffered from diabetes and high blood pressure. After he was released on July 2, he talked about his detention on Facebook, saying “I need oxygen, somebody help me”.

The military general turned president al-Sisi has been accused of jailing thousands and of raining down on naysayers.

Ranking alongside China and Turkey, the Committee to Protect Journalists has named Egypt one of the world’s ruthless jailer of journalists. Many doctors who were critical of the government response to the pandemic have also been put in detention centres.

Only half of Britain's population would get vaccinated against coronavirus: Study

'They are not just numbers': Missing Beirut silo worker's family clings to hope