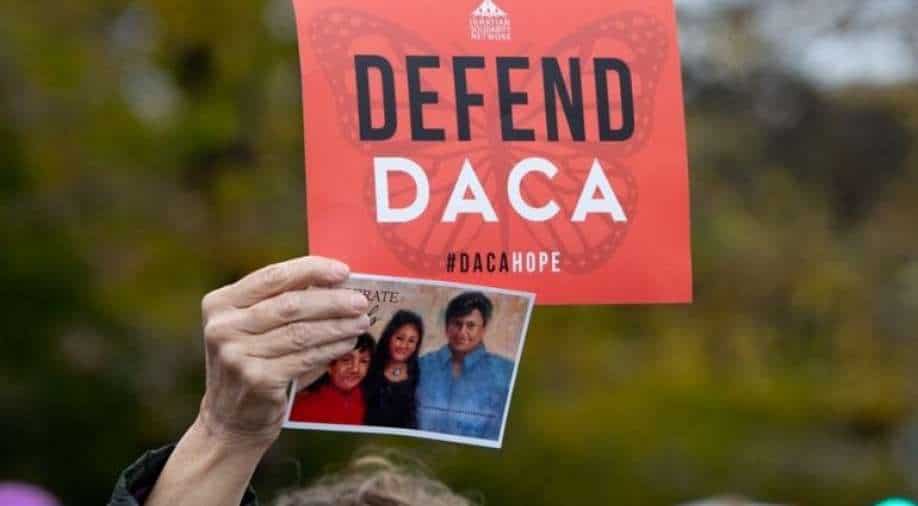 Around 700,000 people apply to the Dreamers programme every year, for many of whom America is their only home

In a fresh blow to immigration laws in the US, the 'Dreamers' programme was deemed unlawful by a US federal judge.

Deeming it unlawful, Judge Andrew Hanen of the United States District Court in Houston said that while instituting DACA via executive order, former US President Barack Obama exceeded his authority.

Also read | A divided US House passes immigration bills, including pathway for 'Dreamers'

US president Joe Biden criticised the curtailment of the program that protects migrant children brought to the United States, calling the decision "deeply disappointing."

Biden said the Justice Department will appeal Hanen's ruling, adding that "only Congress can ensure a permanent solution by granting a path to citizenship for Dreamers,".

Deferred Action for Childhood Arrivals (DACA)  was introduced by Obama in 2012. It is an immigration programme that protected undocumented migrants brought to the country as children.

Each year, the programme covers around 700,000 people called 'Dreamers', for many of whom America is the only 'home' they've known.

Judge Hanen says that the ruling does not dictate that Homeland Security or the Department of Justice take any additional measures such as deporting, detaining or prosecuting any DACA recipients, applicants, beyond what it would take otherwise.

Applicants to this programme had to fulfill a few criteria to be eligible. They must have reached the United States before the age of 16 to be eligible for protection and the right to work.

Additionally, applicants must be currently in school or have a high school diploma or equivalent qualification, or have served in the military and been discharged honourably, and have a clean criminal record.

The challenges to this programme stem from a 2017 effort to eliminate it by the-then President Donald Trump who attempted to dismantle the programme claiming it was unconstitutional. These efforts triggered a lengthy court battle.

DACA survived that and got reinstated in December last year.

Following Friday's ruling, House Speaker Nancy Pelosi also issued a statement that said: "Democrats call on Republicans in Congress to join us in respecting the will of the American people and the law, to ensure that Dreamers have a permanent path to citizenship."