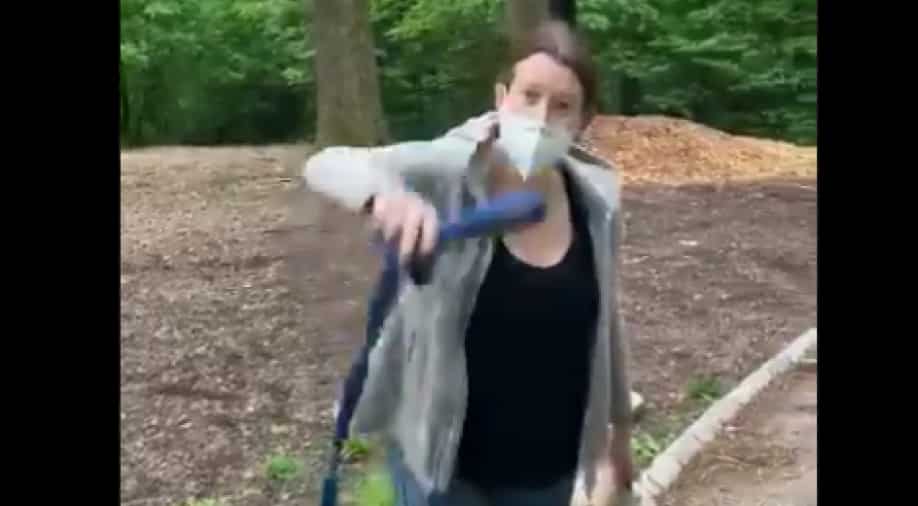 The only similarity between the two was their surname -- Cooper, and the biggest difference... Well, the colour. At least according to the woman, who paid a hefty price of the racist remark she greeted Mr Cooper with.

"The birds don't care what colour you are," says the man who recently made it to the headlines by being an object of racism for a white woman.

The only similarity between the two was their surname -- Cooper, and the biggest difference... Well, the colour. At least according to the woman, who paid a hefty price of the racist remark she greeted Mr Cooper with.

The black man, an avid birder, asked the white woman to leash her dog in New York's Central Park, as the rules required. She refused.

The encounter then took an ugly turn, and was recorded on video.

The man, Christian Cooper, filmed on his phone, the woman, Amy Cooper, clutching her thrashing dog, and calling the police, with her voice rising in hysteria.

“I’m going to tell them there’s an African-American man threatening my life,” she said to him while dialling, then repeated to the operator, twice, “African-American.”

On Tuesday, the video went viral on Twitter and garnered over 40 million views, setting off a painful discourse about the history of dangerous false accusations against black people made to police.

Oh, when Karens take a walk with their dogs off leash in the famous Bramble in NY’s Central Park, where it is clearly posted on signs that dogs MUST be leashed at all times, and someone like my brother (an avid birder) politely asks her to put her dog on the leash. pic.twitter.com/3YnzuATsDm

The video sparked an outrage, leading the lady in question to lose her job.

Ms Cooper then surrendered her pet dog and publically apologised to the black man.

The man in question, however, now says he did not envision such a consequence.

"Any of us can make — not necessarily a racist mistake, but a mistake. And to get that kind of tidal wave in such a compressed period of time, it’s got to hurt. It’s got to hurt," Mr Cooper told New York Times.

“I’m not excusing the racism,” he added.

“But I don’t know if her life needed to be torn apart.”

“She went racial. There are certain dark societal impulses that she, as a white woman facing in a conflict with a black man, that she thought she could marshal to her advantage,” he said.

“I don’t know if it was a conscious thing or not,” he added. “But she did it, and she went there.”

“If we are going to make progress, we’ve got to address these things, and if this painful process is going to help us address this -- there’s the yellow warbler!”

“If this painful process helps to correct, or takes us a step further toward addressing the underlying racial, horrible assumptions that we African-Americans have to deal with, and have dealt with for centuries, that this woman tapped into, then it’s worth it,” he said, setting his binoculars down on his chest.

“Sadly, it has to come at her expense,” he added.

On Tuesday, Ms Cooper was fired by her employer, Franklin Templeton, where she had been a head of insurance portfolio management, according to her LinkedIn page.

In her public apoloy, Ms Cooper said she had misread his intent.

“I reacted emotionally and made false assumptions about his intentions when, in fact, I was the one who was acting inappropriately by not having my dog on a leash,” she said.