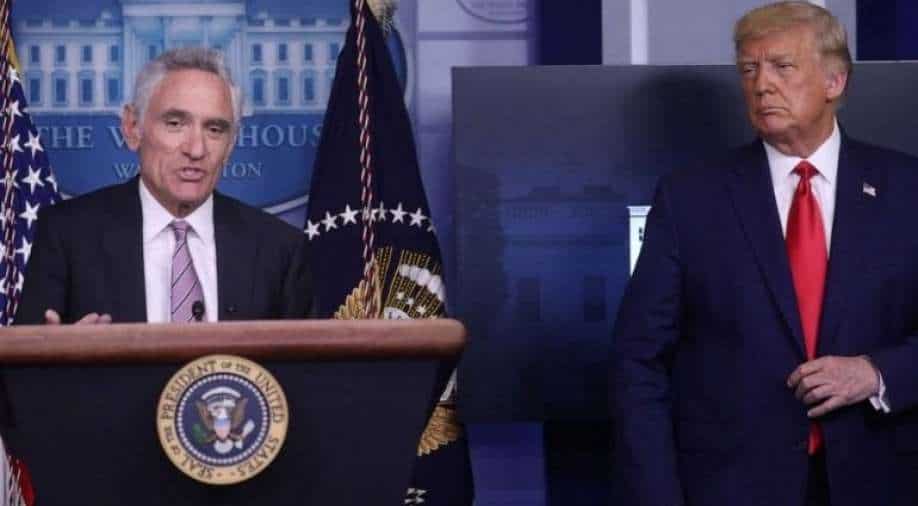 Scott Atlas, Donald Trump's advisor, had asked people to 'rise up' against lockdowns and other coronavirus measures

Marking one of many, the outgoing US President Donald Trump's close advisor on the novel coronavirus has resigned on Monday.

"I am writing to resign from my position as special advisor to the president of the United States," Scott Atlas wrote in a resignation letter to the President. He was infamous for his remarks on not wearing a mask amid a pandemic. The news broke out when a US media channel received a copy of the resignation letter which was dated for December 01.

Atlas had attracted controversy during his time in the COVID-19 taskforce. However, as the coronavirus cases were on a surge and the incoming President Joe Biden is preparing his own team, Atlas' resignation was not received as a shock.

His appointment had, earlier, raised concerns as he was not an expert and had no relevant experience or qualifications in public health or infectious disease.

"I worked hard with a singular focus -- to save lives and help Americans through this pandemic," Atlas said, adding that he "always relied on the latest science and evidence, without any political consideration or influence.

Acknowledging the historic win for Joe Biden — something that Donald Trump has not been able to do till date — Atlas wished "all the best" to the incoming administration in his resignation letter. He also thanked his President, Donald Trump, for the "honor".

He was infamous for one of his tweets where he discouraged people from wearing a face mask while stepping out in the pandemic by saying, "Masks work? NO". Twitter had slapped a warning label of spreading misinformation on his tweet. He had also asked people to "rise up" against lockdowns and other coronavirus measures.