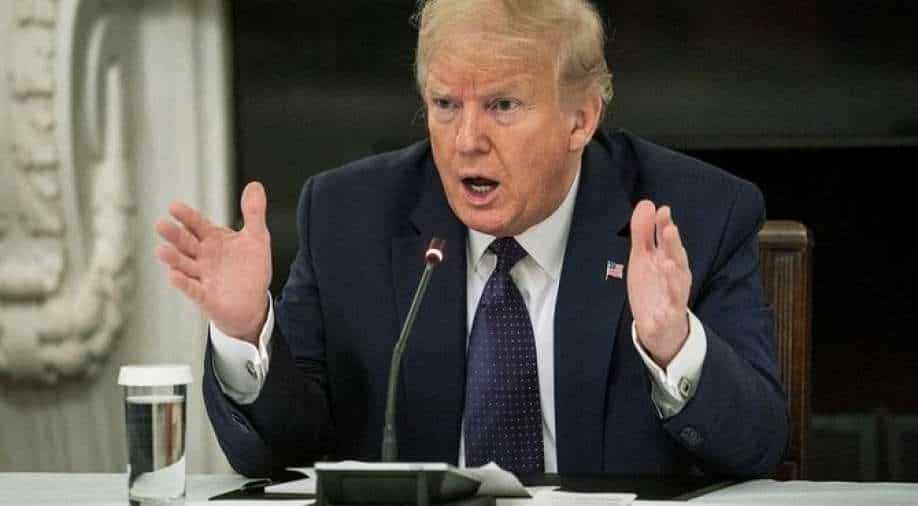 Earlier, Mark Grenon had claimed that he had approached Donald Trump to promote the advantages of chlorine dioxide against the deadly coronavirus

When the coronavirus broke out and took over the world, former US President Donald Trump talked about how drinking industrial bleach might be a solution to the deadly virus.

At that time, everyone believed it was simply a careless statement by the former reality TV star, which was not a one-time thing. However, the leader of a church has now claimed that he had supplied industrial bleach to Trump, before he made that comment.

Mark Grenon is a self-appointed "archbishop" of the Genesis II "church".

He is currently locked up for the crime of selling bleach as a Covid cure. Grenon recently appeared in a 90-minute interview in which he claims he supplied the "magic cure" to the Trump family.

"We were able to give through a contact with Trump’s family – a family member – the bottles in my book," Grenon said.

"And he mentioned it on TV: 'I found this disinfectant’."

Earlier, Grenon had claimed that he had approached the twice-impeached president to promote the advantages of chlorine dioxide against the deadly coronavirus. However, now he claims that he not only supplied it to the Trump family but Donald Trump himself consumed the "magic cure".

While the medical community ridiculed the idea and warned everyone against consuming the harmful chemicals, Grenon was seen repeating his false claims in the interview.

"We tried it with Covid – six drops every two hours for the first and second day. Boom! Gone, negative. You’re feeling great from feeling like you’re going to die – it works great," he said, without any medical proof.

Trump had made the comments on bleach in April when the coronavirus was not only widely spreading across the nation, but was also taking thousands of lives and plunging the country into years-long recession.

The FDA warned people against consuming MMS or bleach and stated that drinking disinfectant will be life-threatening.