Dining sheds saved NYC. Could they destroy it? 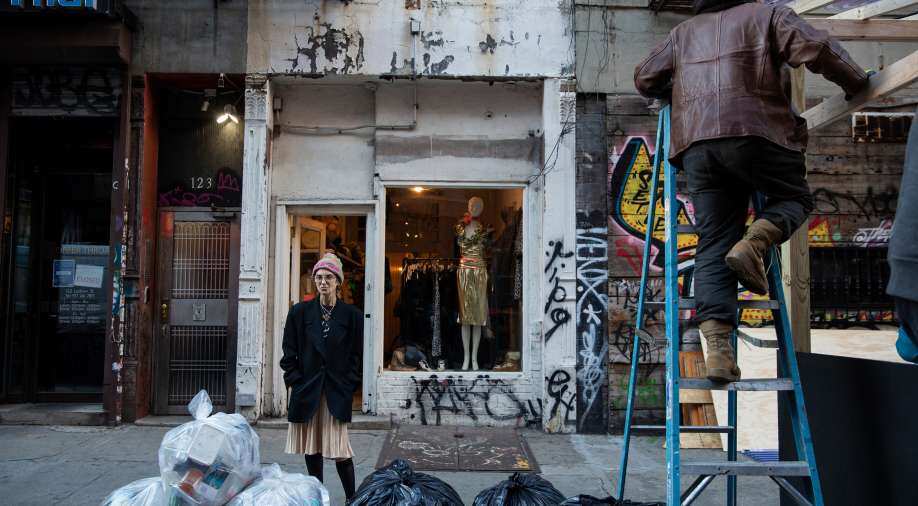 Dining sheds saved NYC. Could they destroy it? Photograph:( The New York Times )

Occupying the ground floor of a small tenement building, the store, Ellen, is about the size of a master bath in a fancy apartment. The vibe is unflashy, Oxfords, silk blouses with bows, dresses with labels from department stores that long predate eBay

Ellen Koenigsberg has owned a vintage clothing store on Ludlow Street for 20 years, a feat so remarkable it puts you in mind of the runner who maintains a lightning pace well into middle age, past serial injuries.

Occupying the ground floor of a small tenement building, the store, Ellen, is about the size of a master bath in a fancy apartment. The vibe is unflashy, Oxfords, silk blouses with bows, dresses with labels from department stores that long predate eBay.

Over two decades, her business has survived repeated onslaughts from the unchecked commercialisation of the Lower East Side and the codified tastes of the Instagram age, to incursions from retailers like the RealReal (the San Francisco-based consignment “disrupter”) and the dramatic shifts in buying habits brought on by COVID. The end might have come a dozen times and all too predictably.

Koenigsberg, a former makeup artist, is also beholden to a landlord who has been hit with building-code violations and was sued by the city for running illegal Airbnb rentals. So it would have been hard to imagine, at the outset of the pandemic, that the most seemingly dangerous assassin was yet to appear.

“Does this look like Paris?” Koenigsberg asked one recent morning. We were standing outside her shop on Ludlow Street, which was flanked on both sides by plywood dining sheds extending deep into the street, one of them with graffiti that skewed on the side of aimless vandalism over any attempt at art.

Trash bags were piled up out front. If the outdoor dining scene on the Upper East Side or in the moneyed quarters of Brooklyn has evoked the Left Bank, here it has felt chaotic and filthy — anathema to anyone inclined toward the long, meandering walk of a kind that might wind up in the serendipitous purchase of a Bill Blass scarf from the 1980s.

Since the 19th century, shopping has been an animating pastime on the Lower East Side, but at some point well into the 21st, a frat-boy style of barhopping superseded it as the reigning recreation.

“It was really bad before COVID, but this has made things unlivable,” Koenigsberg told me, the “this” being a party that has poured into the streets with no apparent closing hour. Often, after the deluge, she will arrive at her store in the morning to find greasy napkins, cockroaches, stamped out cigarettes and evidence that last night’s celebrants elected to relieve themselves at the most convenient point possible.

The garbage, the indifferent foot traffic, the music pumped into the streets all led Koenigsberg to join 21 other plaintiffs, who collectively have spent hundreds of years living downtown, in a suit filed against the city in New York state Supreme Court last month, demanding that a serious impact study be conducted before the outdoor dining program is made permanent and expanded.

It is the nature of things in a place where space is so scarce that a munificent policy gesture over here so quickly comes to seem like a shaft over there. The city permitted bars and restaurants to set up on sidewalks and in the streets as an emergency measure to save a devastated industry vital to the economy. But in parts of Manhattan, that colonisation of public space now makes it harder to walk around, to say the least of navigating a wheelchair or getting a street cleaner or ambulance down a narrow byway.

The suit outlines all the different ways that this has played out, with Koenigsberg describing the sense of abandonment she has felt as someone who had fully supported the restaurant initiative her father used to own a steakhouse in midtown but would now like to see the same attention turned toward stores like hers.

The petitioners are, for the most part, people similar in profile, Koenigsberg is 62 and lives with her teenage daughter in a rent-stabilized walk-up near her store, which is to say that they aren’t made up of the rich, inconvenienced by the heightened traffic that has lengthened the drive to the country.

Margie Dienstag, who came to New York from Haiti as a child and who has lived in her apartment in the Village since the early 1980s, explained how all the added noise and stimulation has made life especially challenging for her autistic son.

“We were here during the pandemic; we don’t have a second home; we were the ones getting takeout. The local restaurants weren’t delivering food to East Hampton,” she said. “We supported them. But now this is too much.” What she is hoping for is better and more efficient regulation perhaps beginning with an end to the vermin problem.

As president of a local neighborhood association, she planted flowers around tree beds in the spring only to find them destroyed by rats who have taken up residence under dining sheds and are, as she put it, “getting room service.’'

Around the corner from Ellen, on Rivington Street, is another vintage clothing store whose glass front was recently defaced by an acid-based paint that is very hard to remove.

Diem Boyd, who a decade ago founded LES Dwellers to deal with quality-of-life issues in the neighborhood, lives upstairs and has fought against what she sees as an escalating lawlessness, fueled by the omnipresence of alcohol and extreme enough now to resurrect an open-air drug trade. When we met up, she pointed to the second floor of a building across the street from her apartment that last spring had been the site of a shooting gallery until the police shut it down.

In an affidavit submitted with the lawsuit, Boyd explained that within a 57-acre patch of the Lower East Side, there are more than 130 active liquor licenses, which translates roughly to 2.3 bars per acre or 11.5 bars per block. She quoted the former commissioner of the New York State Liquor Authority remarking that in terms of establishments selling alcohol, the neighborhood was “probably one of the most saturated areas in the world.”

A few weeks before the suit was filed, the city’s planning commission held a public hearing on outdoor dining in which a representative from a hospitality trade group pointed out that the program saved 100,000 jobs in New York City. Some restaurant owners said that it has often been hard to determine the rules and regulations accompanying the program until they are faced with heavy fines for violating them.

The incoming mayoral administration will have its own ideas about the ways in which open streets ought to function, but clear messaging about what is required ought to be a first step. A further way forward might be to cater rules and regulations to the needs of specific neighborhoods, given that some are much more densely populated than others. It is also easy to imagine an approach in which restaurants in those areas operated outdoor tables in rotation, essentially taking turns. Manhattan is half the physical size of Paris with nearly as many people.

What might work on the Boulevard St.-Germain, or on Madison Avenue will not necessarily succeed on the Lower East Side, where crowded tenement living at the turn of the 19th century sparked public-health crises for decades. Untamed nightlife shouldn’t be the reason for more.