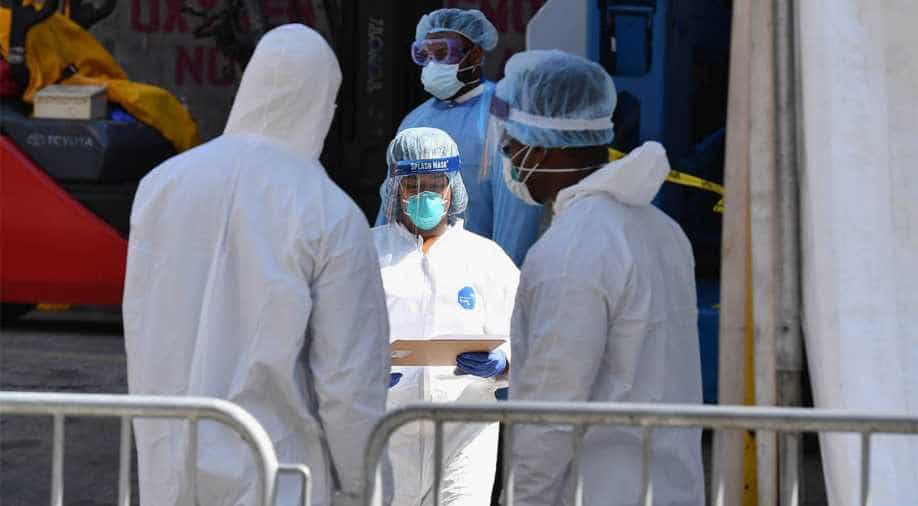 Russia now has the second-highest infected cases in the world after the United States which has over 1.4 million cases

Russian authorities said today that coronavirus cases were marginally under 9,000 for the first time since early May as the number of cases continued to rise.

The health authorities announced 91 deaths taking the total number of fatalities due to COVID-19 to 2,722.

The number of coronavirus cases in the country was 8,926 in the last 24 hours taking total number of cases to 290,678 even as the country eased lockdown restrictions and declared the start of the football league.

Russia now has the second-highest infected cases in the world after the United States which has over 1.4 million cases.

Health officials had earlier said that the new cases were stablising in Russia.

Head of Russia's public health watchdog, Anna Popova had said earlier that, "we've moved towards the level of stability that we've all been waiting for," while adding,"stabilization can be seen over the whole country. All the regions have managed to stabilize the situation."

Authorities had earlier announced the highest daily death rate at 119 on Saturday.

The death toll, however, is nowhere compared to United States, United Kingdom, Italy, France and Spain where thousands have died due to the virus with the US recording over 89,000 recorded deaths.

Italy, France, Spain, the United Kingdom have all recorded over 25,000 deaths.