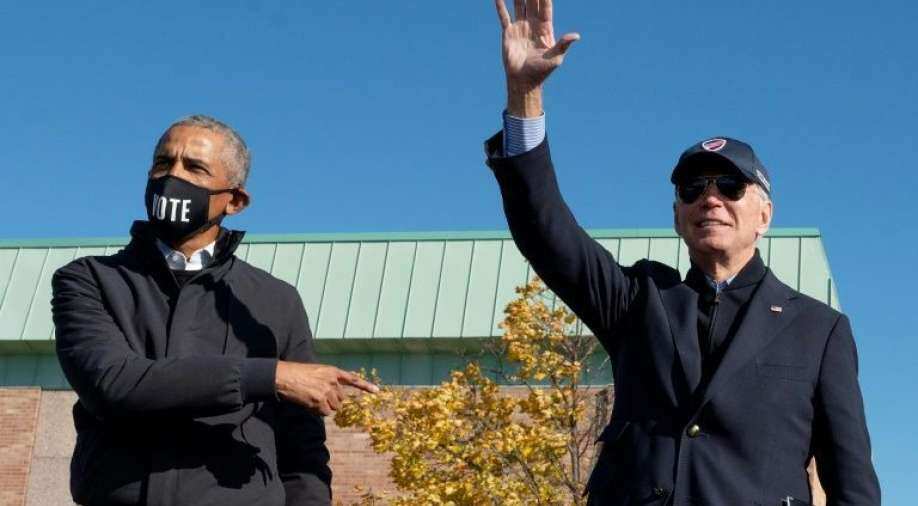 He also congratulated Kamala Harris who has become the first woman and Indian-origin and Black Vice President-elect in the history of the US politics.

The former Democrat President of the United States Barack Obama took to Twitter to congratulate his former Vice President and the new President-elect Joe Biden and Kamala Harris for the historic win in the US election 2020 against Donald Trump and Mike Pence.

Barack Obama said "I could not be prouder to congratulate our next President, Joe Biden, and our next First Lady, Jill Biden," his Twitter note read.

Congratulations to my friends, @JoeBiden and @KamalaHarris — our next President and Vice President of the United States. pic.twitter.com/febgqxUi1y

Obama has always showed confidence in his former Vice President, and carrying on the same spirit, he said, "I know he’ll do the job with the best interests of every American at heart, whether or not he had their vote."

Also read| We did it, Joe, you are going to be next president, says Kamala Harris as video goes viral

He also assured the Americans that while Biden will be facing "a series of extraordinary challenges no incoming President ever has", he is sure Joe Biden has "got what it takes to be President and already carries himself that way."

Bill CLinton, another former VPresident, too, congratulated Joe Biden and said, "America has spoken and democracy has won."

Meanwhile, the 39th President of the United States Jimmy Carter congratulated the whole Democrat Party and said he is proud of the "well-run campaign and seeing the positive change they bring to our nation."