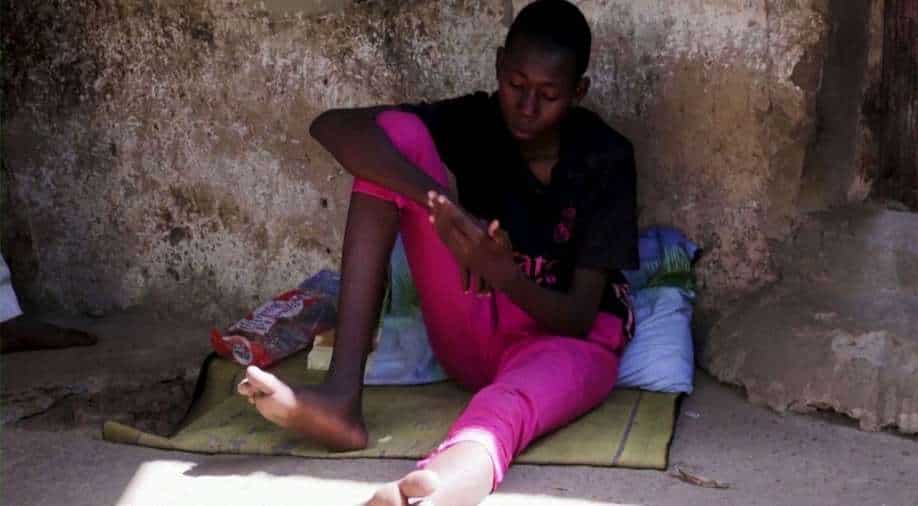 Gunmen arrived late Friday at his school in Kankara, northwestern Nigeria, just as he and his classmates were about to go to bed.

For Umar Ahmed, the nightmare began in confusion.

Gunmen arrived late Friday at his school in Kankara, northwestern Nigeria, just as he and his classmates were about to go to bed.

Their first thought was that the men were vigilantes -- civilians who take on a policing role -- "so, we were not scared," the 18-year-old told AFP.

But then, heavy firing started.

"We became terrified. Some of us ran to the perimeter fence trying to escape, while others hid inside."

"They kept shouting we should come back, that they were in the school to rescue us. And most of us came back."

In an operation that left the country reeling, hundreds of students were rounded up that day at the all-boys Government Science secondary school and taken away.

The disappearance was initially blamed on so-called bandits -- criminal groups in the region who for years have terrorised communities by killing and abducting people for ransom.

But on Tuesday, Boko Haram, the dreaded group that kidnapped hundreds of schoolgirls in Chibok in 2014, claimed responsibility.

The abduction took place hundreds of miles (kilometres) away from Boko Haram's stronghold in northeast Nigeria, sparking fears of a massive advance in the jihadists' decade-long insurgency.

Lanky and soft-spoken, Ahmad explained how the students were rounded up under a tree, split into three groups and led through the forest.

"We had no footwear," he said, his feet swathed in black socks after they became riddled with thorns.

The teenager said the group trekked for hours, heading towards neighbouring Zamfara state.

"They flogged us with tree branches and the flat side of their machetes," he recalled.

But then came a stroke of luck.

He and a friend were able to hide behind a bush. They waited for complete silence to prevail before they retraced their steps back home to safety.

The government has not immediately reacted to Boko Haram claim or confirmed its authenticity, and the number of missing students remains unclear -- 320 or 333, according to two accounts by officials, while locals in Kankara put it at more than 500.

Among parents of missing students, many said they had long feared an attack, given the grip on the region by criminal gangs.

"Our children told us armed men would come up to the school fence but they never breached the fence... until last Friday," Hauwa'u Isah, mother of an abducted child said.

Around 8,000 people have been killed in the northwest since 2011, according to the International Crisis Group (ICG) think tank.

Some doubted the claim of responsibility made by Boko Haram's leader, Abubakar Shekau, in an audio recording.

"Abubakar Shekau is used to making such lies just to confuse people. I don't trust that, and the situation is not what he said it is."

"Only God knows the truth," Isah said. "All the information we have is that armed men took over the school.

Parents have been gathering at the school daily since the abduction, desperate for any information about the children's fate.

"I was about to leave yesterday evening when a boy who escaped was brought here," Murja Goma, another mother said.

"He said they had no food to eat, that they live on leaves and acacia fruit that their captors pluck from the trees for them."

"We have shed so much tears, our hearts are grieving and we don't even know what to do," the woman said, appealing to the government to rescue the children.