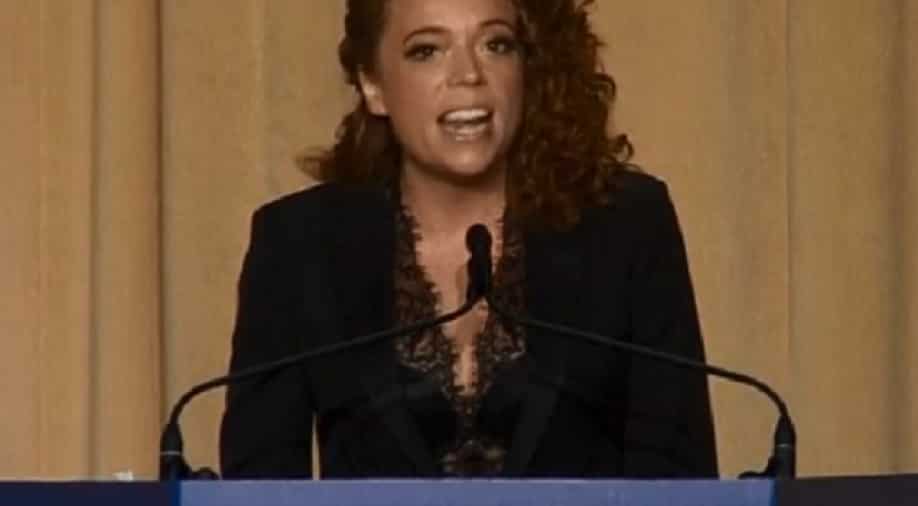 Comedian Michelle Wolf roasted US President Donald Trump and members of his administration with an arsenal of controversial jokes on Saturday during the annual White House Correspondents' Association dinner.

Trump, who has consistently feuded with several media personalities and organizations, did not attend the White House Correspondents' Association annual black-tie dinner for the second straight year. He instead opted to hold a rally in Washington, Michigan.

Wolf slammed White House spokesperson Sarah Huckabee Sanders and Trump adviser Kellyanne Conway. She also criticized Trump for his proposal to arm teachers in the classroom and garnered groans from the audience for her remarks on abortion.

The comedian then unleashed a volley of often vulgar jokes than included nasty personal putdowns.

She was especially hard on women in Trump's sphere: Wolf compared the president's daughter Ivanka to a diaper pail -- shiny on the outside and full of feces -- and said that adviser Kellyanne Conway has "the perfect last name" because "all she does is lie." Wolf's description of White House press secretary Sarah Huckabee Sanders was so nasty that the crowd audibly groaned.

Trump last attended the dinner in 2011 as a guest, when he was a reality TV star. Barack Obama famously mocked him for renewing the "birther" conspiracy about the nation's first black president.

"No one is prouder to put this birth certificate matter to rest than The Donald," Obama quipped, as Trump scowled in his seat.

"And that's because he can finally get back to focusing on the issues that matter, like, did we fake the moon landing?"