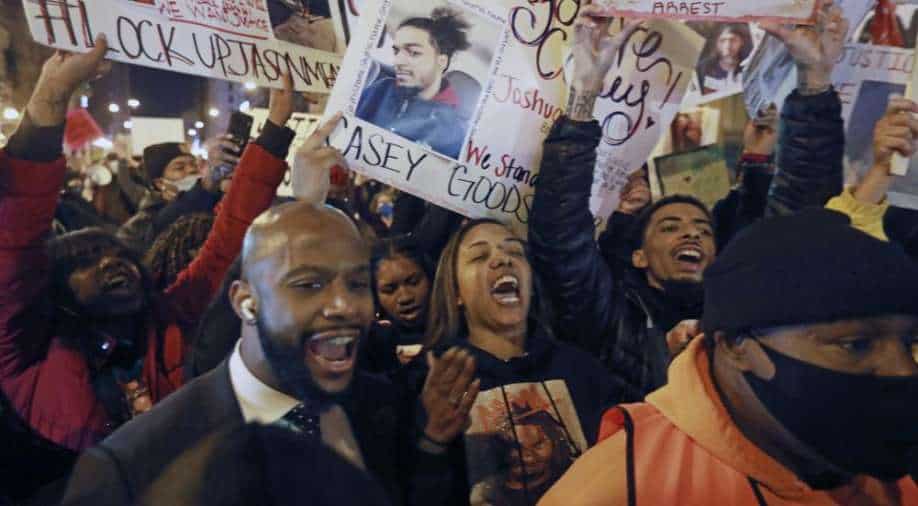 Earlier this year, three Columbus police officers were charged with misconduct in connection with the protests, and Klein said that others could face charges

The city of Columbus, Ohio, announced Thursday that it had reached an agreement to pay $5.75 million to 32 plaintiffs who said that they were injured and that their constitutional rights were violated by members of the city’s police division during social justice protests in the summer of 2020.

After the killing of George Floyd last year, the plaintiffs were among many in Columbus who participated in protests that swept the country. The plaintiffs alleged in a lawsuit filed last year in US District Court in the Southern District of Ohio that officers with the Columbus Police Division had used excessive force against them and had violated their constitutional rights.

In announcing the settlement agreement, which is subject to City Council approval, the Columbus City Attorney’s Office said that during the protests the police had “made arrests and used force including, but not limited to, pepper spray, tear gas, wooden baton rounds, and sponge rounds.”

Some plaintiffs were “significantly injured” during the protests, Zach Klein, the city attorney, said in the statement, adding that it was “incumbent upon the city to accept responsibility and pay restitution.”

“While this has certainly been a difficult and painful moment for our community, it has yielded important, and in some instances long overdue, reforms to policing practices, policies, and oversight,” said Klein, who noted that the money for the settlement would come from the city’s general fund.

“This settlement is a good step forward for both the Division of Police and for the entire community because it sets defined parameters and clear expectations for all when exercising and protecting First Amendment rights in Columbus,” he said.

Klein said that many Columbus police officers performed their jobs “professionally” during the protests, “but this litigation highlighted serious issues that must be addressed.”

Earlier this year, three Columbus police officers were charged with misconduct in connection with the protests, and Klein said that others could face charges.

Also this year, after an evidentiary hearing, Chief Judge Algenon L. Marbley of US District Court granted a preliminary injunction that barred the Columbus police from “using nonlethal force, including tear gas, pepper spray, rubber bullets, wooden pellets, and more on nonviolent protesters,” according to a statement from the city.

As part of the settlement, the city would agree to make the injunction permanent.

In a statement, Tamara K. Alsaada, one of the plaintiffs in the case, said that “one of the problems we face with policing in America is the deep-seated hostility of law enforcement to anyone who questions or exposes the racism and violent attitudes of many within police departments.”

In a statement, Robert Clark, director of the Columbus Department of Public Safety, said that the settlement was a “step toward” repairing relationships that “have been damaged.”

“We recognize what a painful chapter this has been for everyone involved, including the women and men of the Columbus Division of Police and the community we serve,” Clark said. “Before there can be healing, there must be accountability.”

Chanda Brown, a lawyer for demonstrators, said in a statement that change was needed to “address the reality that many officers target anyone who questions their authority.”