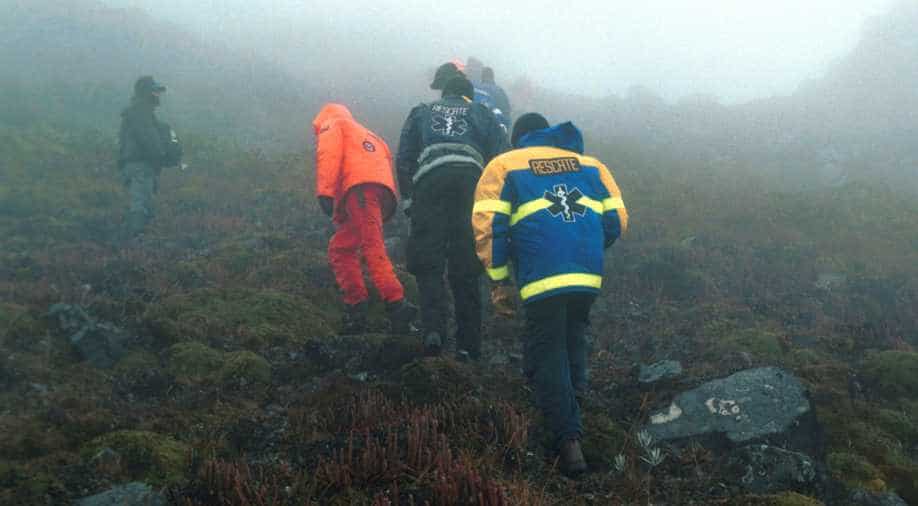 The Jose Maria Cordova de Rionegro airport said 'all possible aid was being mobilised because six survivors are being reported'. Photograph:( Reuters )

Six of the 81 people on board are believed to have survived the crash. Brazil has declared a mourning period following the plane crash.

The Jose Maria Cordova de Rionegro airport said, "all possible aid was being mobilised because six survivors are being reported."

The 81 people on board were made up of 72 passengers and nine crew members.

The airport statement said the plane reported an emergency at 10 pm local time (0300 GMT). "It declared it had electrical failures."

On its Twitter account, the Medellin airport said the crash site could only be reached overland because of bad weather in the area.

It went down about 50 kilometres from Medellin, Colombia's second-largest city, in an area called Cerro Gordo.

Ospina, the La Ceja mayor, earlier told AFP. "It appears that the plane ran out of fuel."

He said authorities were on the scene and hospitals and medical centres were preparing to receive the injured.

Players Alan Luciano Ruschel, Marcos Danilo Padilha and Jacson Ragnar Follmann were listed as survivors in a statement from the disaster management agency.

Chapecoense had been due to face Atletico Nacional of Medellin in the first leg of Wednesday's Sudamericana final.