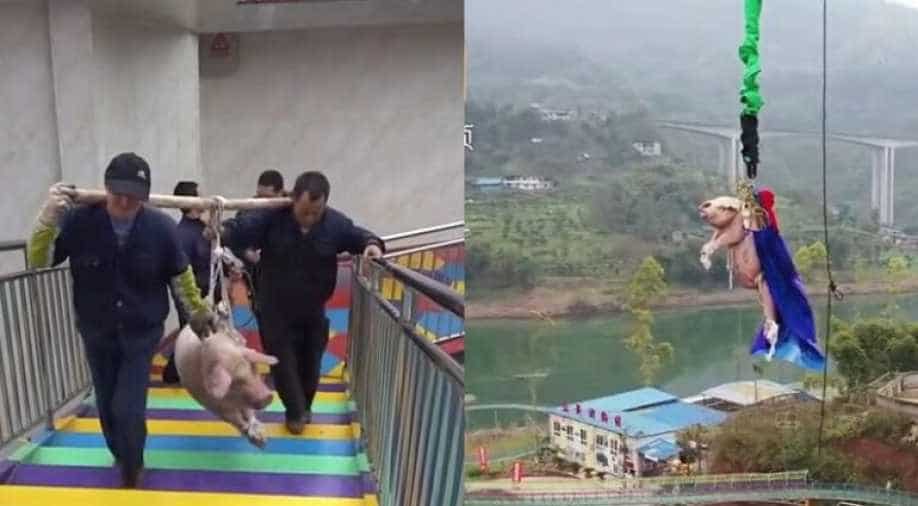 Outrage erupted on social media after a Chinese theme part forced a pig to bungee jump off a 68-metre high tower, the BBC reported.

As visible in the video, the pig was tied to a pole and then ushered by two men to the top of the tower before being pushed off.

The amusement park claims that the stunt was curated to mark the inauguration of the new bungee ride.

According to local media, the pig was then sent to a slaughterhouse. 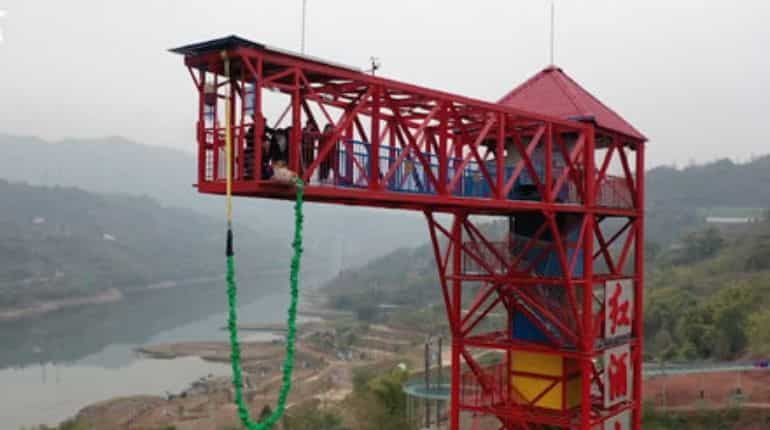 The world has become more sensitive to animal rights, as reflected in the anger that was sparked online after the video went viral.

Since then, the theme park has put out a statement and said that they accept the ''criticism''.

"We sincerely accept netizens' criticism and advice and apologise to the public... We will improve [our] marketing of the tourist site, to provide tourists with better services'', the statement read.

The pig was thrown off the edge on January 18 at the Meixin Red Wine Town park in southwestern Chinese municipality of Chongqing.

The event was called ''The Golden Pig Bungee Jump''.

Local media reported that the pig weighed 75 kilograms and was adorned in a purple cape before being pushed off. Pig squeals can be clearly heard in the video. 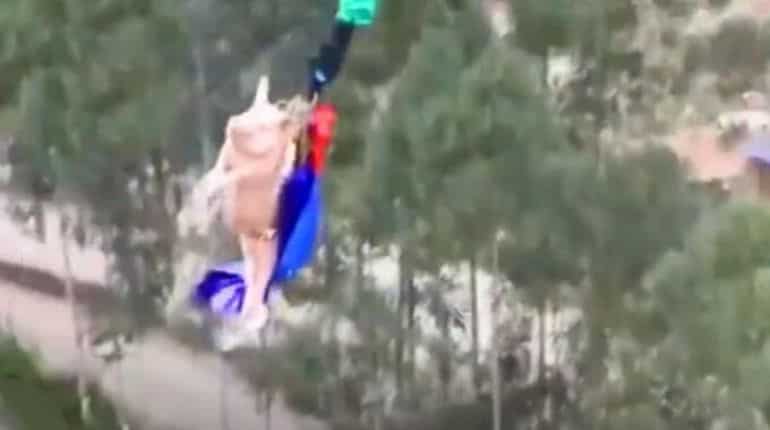 In one video of the incident, what sound like pig squeals can be heard.

In China, animal cruelty is not punishable or recognised by law. But the global movement for animal rights has spurred the conversation about animal welfare issues in the last few years.

Even though there was a lot of outrage against the incident, many users claimed that what happened to the pig was no different than ''killing a pig for food''.

"Killing animals for consumption and treating them cruelly for entertainment are two different things... There is no need to torture them like this", a user said.