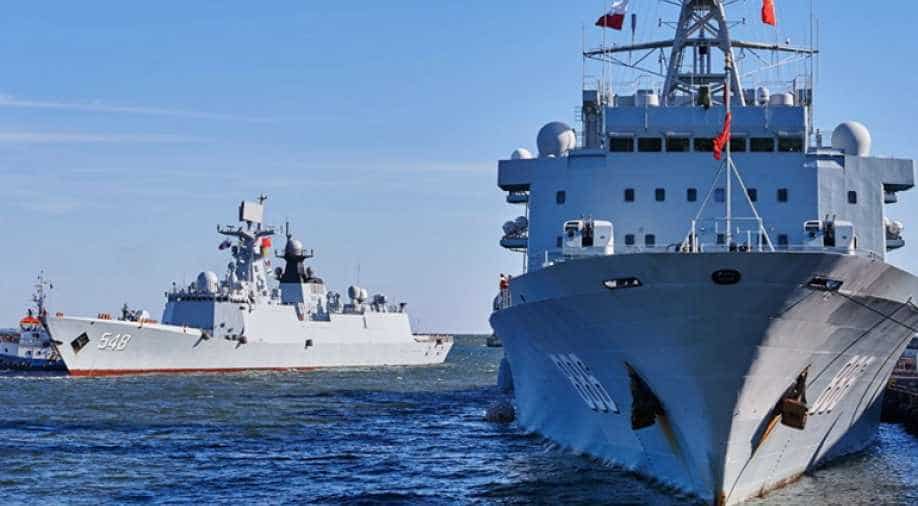 China’s navy will carry out combat drills in the South China Sea, the military’s official newspaper said on Friday, describing the move as part of regular annual exercises.

Taiwan’s defence ministry said this week it had shadowed a Chinese aircraft carrier group traversing the Taiwan Strait in a southwesterly direction - meaning into the disputed South China Sea - in what Taiwan judged to be a drill.

The drills are planned annual exercises, the goal of which is to test and improve the military’s training level and ability to win, China Central Television reported. They are not directed against any third parties or targets, according to the channel.

China regularly holds military drills in the South China Sea, a marginal sea that Beijing claims most of. Apart from Beijing, Brunei, Malaysia, Taiwan, Vietnam and the Philippines also claim parts of the South China Sea and often protest over China’s military exercises.

In a brief report on its WeChat account, the People’s Liberation Army Daily said the combat exercises would take place shortly, though it gave no details of timing, location or what ships would participate.

“This is a routine annual planned arrangement for the navy, the aim of which is to test and improve the military’s training level and to fully raise the ability to win. It is not aimed at any specific country or target,” the newspaper added, without elaborating.

China’s navy and air force frequently carry out drills in the South China Sea, where the government has been building man-made islands and constructing airstrips and other facilities, unnerving the region.

Meanwhile, A US Navy destroyer carried out a “freedom of navigation” operation on Friday, coming within 12 nautical miles of an artificial island built by China in the South China Sea, U.S. officials told Reuters, a move likely to anger Beijing.

Friday’s operation was the latest attempt to counter what Washington sees as Beijing’s efforts to limit freedom of navigation in the strategic waters.

The officials, speaking on condition of anonymity, said the USS Mustin travelled close to Mischief Reef in the Spratly Islands and carried out manoeuvring operations. China has territorial disputes with its neighbours over the area.

The U.S. military has a longstanding position that its operations are carried out throughout the world, including in areas claimed by allies, and they are separate from political considerations.

However, the latest operation, the first since January, comes just a day after U.S. President Donald Trump lit a slow-burning fuse when he signed a presidential memorandum that will target up to $60 billion in Chinese goods with tariffs, but only after a 30-day consultation period that starts once a list is published.

The United States has criticized China’s construction of islands and build-up of military facilities in the sea, and is concerned they could be used to restrict free nautical movement.

China’s claims in the South China Sea, through which about $5 trillion in ship-borne trade passes each year, are contested by Brunei, Malaysia, the Philippines, Taiwan and Vietnam. The U.S. military put countering China and Russia at the centre of a new national defence strategy recently unveiled.