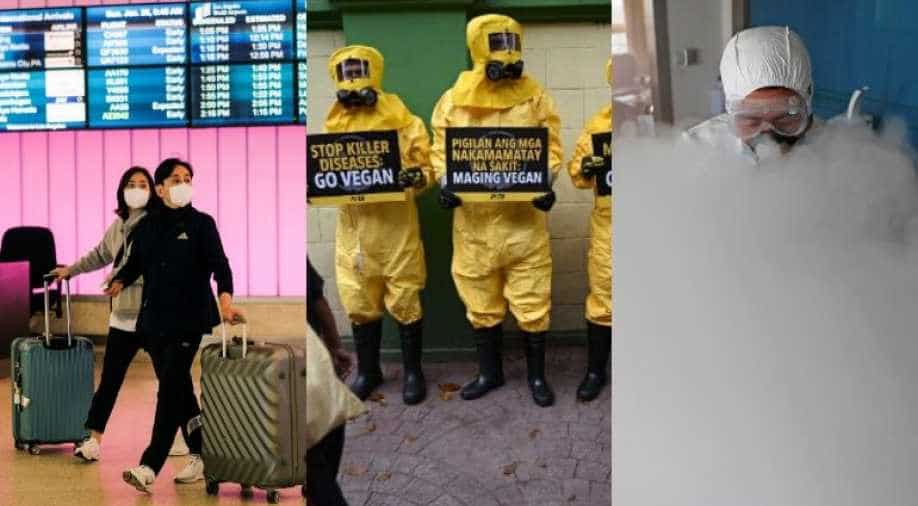 According to the health ministry, 64,600 people have now been infected with the virus nationwide

According to the health ministry, 64,600 people have now been infected with the virus nationwide.

Meanwhile, Japan has confirmed the death of an 80-year-old woman who was suffering from coronavirus. It is the third fatality outside of mainland China.

Earlier this month the Philippines was the first to confirm the death of a 44-year-old man followed by Hong Kong.

China and the WHO claims that the surge in cases is due to a change in the way of diagnosing the virus.

Health officials in Hubei said they started to count clinically diagnosed cases to ensure that patients get treated as early as possible instead of having to wait for laboratory tests to confirm they have the COVID-19 disease.

Mike Ryan, head of WHO's health emergencies programme, said: "We've seen this spike in the number of cases reported in China, but this does not represent a significant change in the trajectory of the outbreak."

"Outside the cases on the Diamond Princess cruise ship we are not seeing a dramatic increase in transmission outside China," Ryan added.

As the virus continued to spread, Larry Kudlow, the director of the National Economic Council said he was "disappointed" with the lack of "transparency" from Chinese officials over the virus.

"We're more than willing to work with the UN (and) WHO on this and they won't let us. I don't know what their motives are. I do know that apparently more and more people are suffering over there."

"Is the Politburo really being honest with us?" he asked.