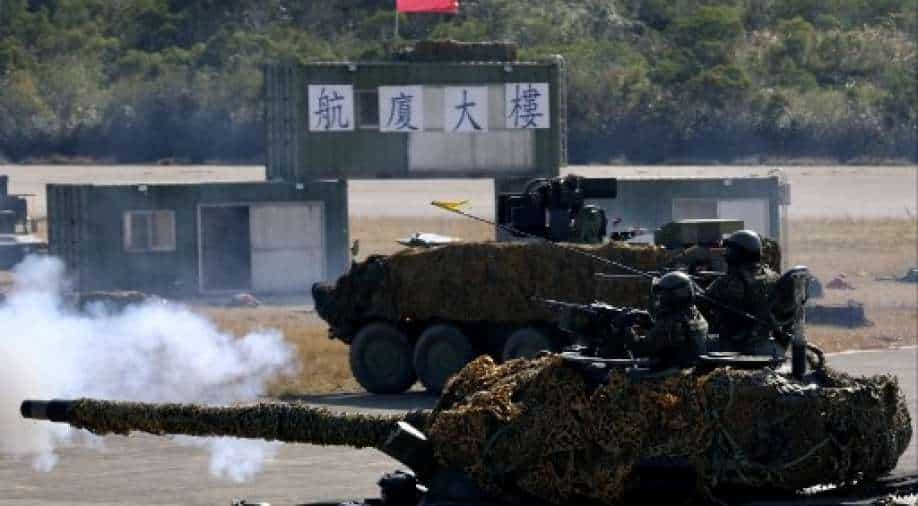 Amid tensions with China, Taiwan said the People's Liberation Army has the capability to cut off 'air and sea lines of communication and impact the flow of our military supplies and logistic resources'.

Tensions between China and Taiwan have escalated in the last few months as Chinese warplanes have repeatedly entered Taipei's air defence zone.

Taiwan's ministry said the People's Liberation Army (PLA) has the capability to cut off "air and sea lines of communication and impact the flow of our military supplies and logistic resources".

China considers Taiwan as a breakaway province and has vowed to unite the country by force if necessary. Taiwan's President Tsai Ing-wen had declared recently that her country will never bow to China.

Watch: China to punish those who support Taiwan

China's defence minister Chiu Kuo-cheng had declared last month that the Communist nation has the ability to mount a "full scale" invasion by 2025 and currently has the ability to invade Taiwan while adding that there was a risk of "misfire" across the Taiwan Strait.

China's foreign ministry had said last month that it has "no room for compromise on issues involving its core interests" referring to Taiwan while warning the US to "act and speak cautiously on the Taiwan issue."

President Biden had said that the US is committed to defend Taiwan in case of attack by China.

Amid renewed tensions between the two countries, satellite pictures last month showed China had recently upgraded military sites near Taiwan even as it routinely conducts military drills near the island nation.

China had declared that its military drills near Taiwan was a  "just" move to safeguard peace and stability.