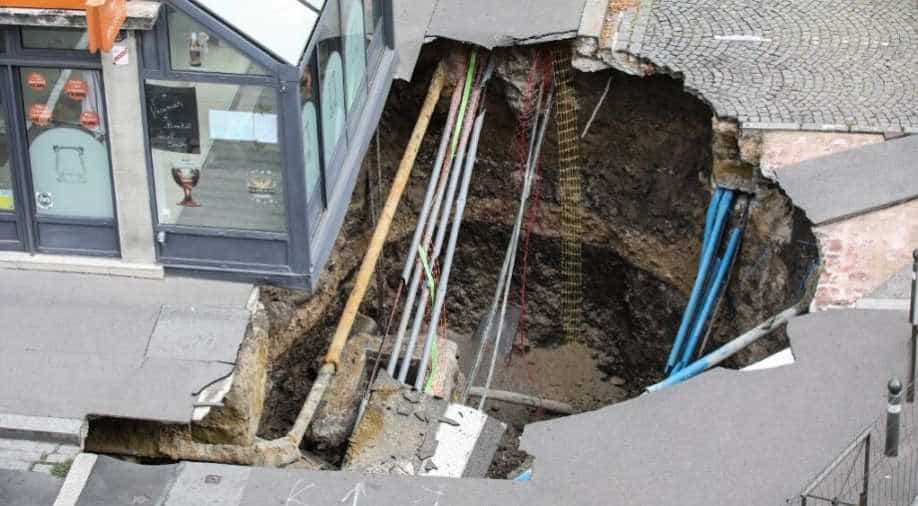 The incident also triggered an explosion inside the hole, video footage showed.

A bus fell into a sinkhole in northwestern China on Monday killing at least nine people and injuring 16 others.

The incident also triggered an explosion inside the hole, video footage showed.

The incident occurred at around 5:30 pm (local time) on Monday in Xining, the capital of Qinghai province.

An investigation into the incident has been launched; search and rescue operation is also underway.

The collapse left an 80-square-metre (860-square-foot) pit in the street outside a hospital.

In 2016, at least three people fell into a huge sinkhole in central Henan province, which swallowed a section of road and passersby.

An initial investigation showed the collapse might have been caused by water pipes buried under the road breaking up due to the rain.

In 2013, five people died when a 10-metre (33-foot) wide sinkhole opened up at the gates of an industrial estate in Shenzhen.