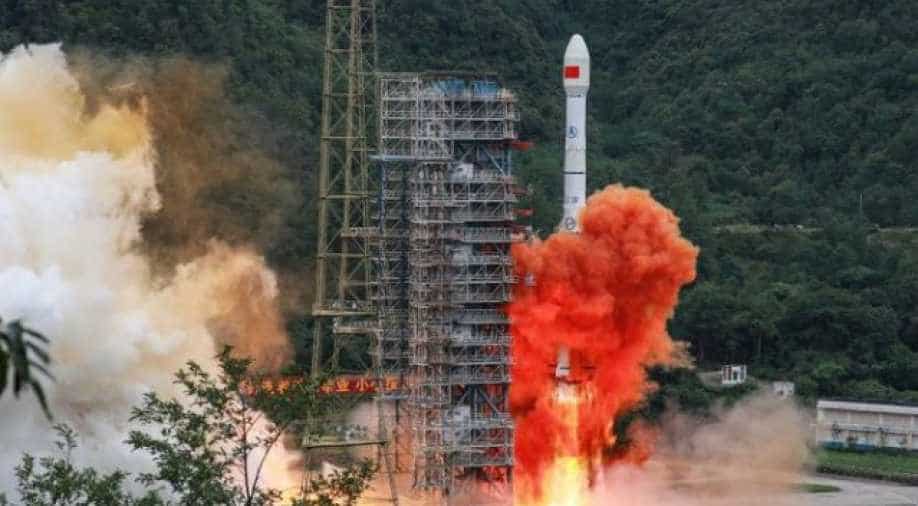 A Long March rocket lifts off from the Xichang Satellite Launch Center in Xichang in China's southwestern Sichuan province in June 2020 Photograph:( AFP )

It will be China's first interplanetary mission, and takes place shortly before the next US Mars rover -- timed to launch no earlier than July 30.

China's first Mars rover is set to be launched later this month. The Tianwen-1 Mars rover is scheduled to blast off from Hainan island, off China's south coast, between July 20 - 25, according to the Xichang Satellite Launch Centre.

It will be China's first interplanetary mission, and takes place shortly before the next US Mars rover -- timed to launch no earlier than July 30.

The Tianwen-1 consists of an orbiter, rover and lander, and is expected to collect samples from the planet's surface. The system will be carried into space on a Long March 5 rocket and is expected to reach Mars sometime in February 2021.

The dates have been chosen because the Earth and Mars are only aligned at an optimal position for spaceflight for a short period once every 26 months.

The US delayed the launch window of its own Peseverance probe -- its fifth Mars rover mission -- three times over the past month due to technical issues.

NASA initially said the launch must take place no later than August 15, but more recently suggested the window may be extended.

China has hugely expanded its space programme in recent years. A Chang'e 5 lunar probe is set to launch later this year, and a new space station is due for completion in 2022.

Last week, China also launched the final satellite in its homegrown Beidou navigational system, which competes with the GPS system pioneered by the United States.

The US has banned Chinese astronauts from using the International Space Station because of national security concerns.