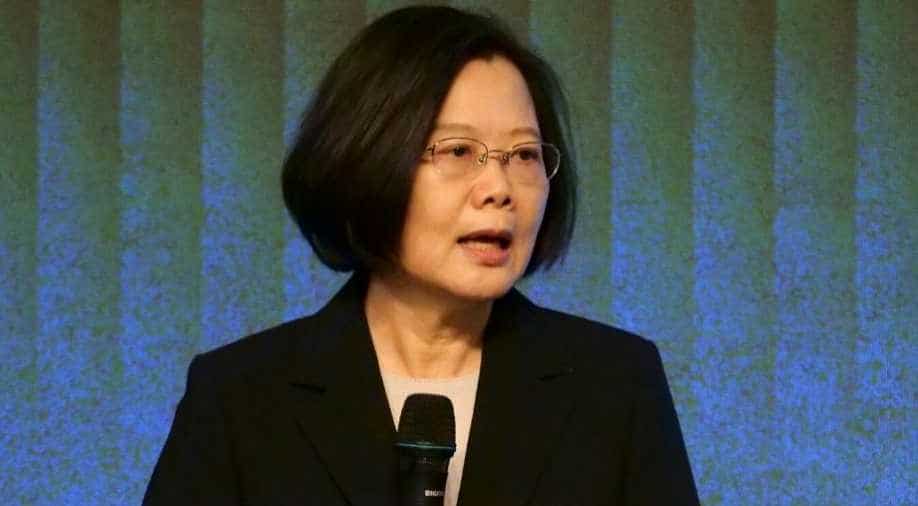 Last month Beijing confirmed it had sent the new carrier through the strait as part of routine training, sparking concerns from Washington's de facto embassy in Taiwan.

A newly commissioned Chinese aircraft carrier sailed through the Taiwan Strait for a second time Thursday, Taipei's defence ministry said, just weeks before the island goes to polls to elect a new president.

The ministry said it was fully monitoring the Shandong, China's first domestically built carrier, and accompanying ships as they traversed the strait separating China from self-ruled Taiwan.

Taiwan's presidential office said in a statement that China had an "international responsibility" to contribute to cross-strait and regional peace and welfare.

Last month Beijing confirmed it had sent the new carrier through the strait as part of routine training, sparking concerns from Washington's de facto embassy in Taiwan.

The sail-bys come ahead of Taiwan's January 11 presidential elections, with Beijing-sceptic President Tsai Ing-wen seeking a second term against a challenger who favours warmer ties with China.

Beijing has stepped up military and diplomatic pressure on Taiwan since Tsai came to power in 2016, as her government refuses to acknowledge that the democratic island is part of "one China".

Tsai -- who has voiced support for Hong Kong's pro-democracy movement -- has described the elections as a fight for Taiwan's freedom and democracy.

China still sees Taiwan as part of its territory awaiting reunification, by force if necessary.

Beijing announced earlier this month that the Shandong had officially entered service.

Its only other carrier -- the Liaoning -- has passed through the Taiwan Strait several times in recent years, most recently in June.

US navy ships periodically conduct "freedom of navigation" operations in the Taiwan Strait, while Canadian and French ships have also sailed through the waterway this year.

China views any ships passing through the strait as a breach of its territorial sovereignty -- while the US and many other nations see the route as international space.