Canada rushes to deport asylum seekers who walked from US: Data 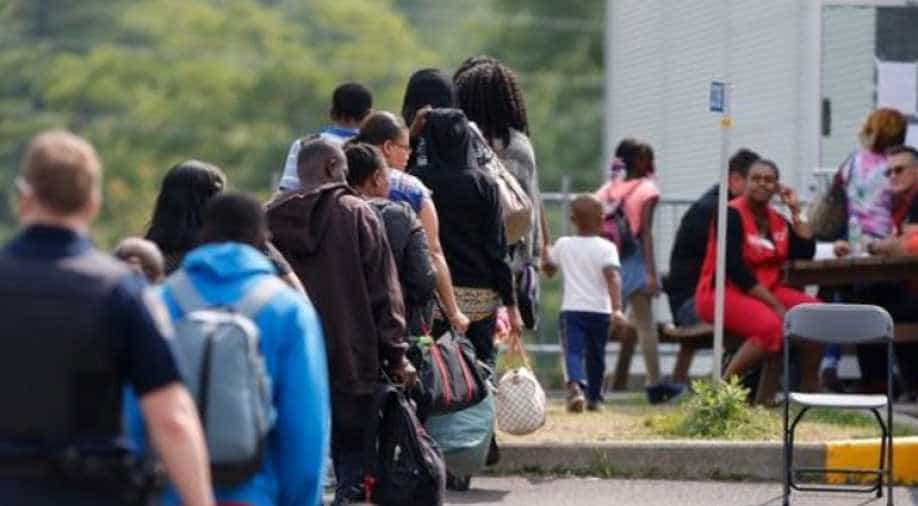 More than 36,000 people have walked into Canada from the United States to file refugee claims since January 2017, many saying they feared US President Donald Trump`s election promise and policy to crack down on illegal immigration.

Canada is prioritising the deportation of asylum seekers who walked across the border from the United States illegally, federal agency statistics show, as the Liberal government tries to tackle a politically sensitive issue ahead of an election year.

The number of people deported after their refugee applications were rejected was on track to drop 25 per cent so far this year compared to 2017 to its lowest point in a decade, even as the number of deported border-crossers was on track to triple, according to Canada Border Services Agency (CBSA) data.

More than 36,000 people have walked into Canada from the United States to file refugee claims since January 2017, many saying they feared US President Donald Trump`s election promise and policy to crack down on illegal immigration.

The influx has thrown the Canadian asylum system into turmoil and caused a political uproar in a country accustomed to picking and choosing its newcomers.

In response, the government gave more money to the independent body adjudicating refugee claims and appointed a minister responsible for border-crossers.

The CBSA, which is responsible for deportations, said in an email to Reuters that it classifies border-crossers with criminals as a top deportation priority.
Refugee lawyers and border officers said the prioritisation seems to be Prime Minister Justin Trudeau`s way of dealing with those asylum seekers, who have become a hot political issue for his Liberal Party ahead of a general election in 2019.

In an email, Blair`s office said the government is committed to a "robust and fair" refugee system and that everyone ordered removed has been given due process.

A CBSA inland enforcement officer said the tradeoff is that deportees who could pose a real public safety risk are not getting deported.

"We have priority cases, people with extensive criminal records that are due to be deported, people with security problems - these cases are not all taken care of because we have to take care of these administrative cases," said the officer, speaking on condition of anonymity because he is not authorized to speak to media.

Border-crossers "are not a priority, but they are a priority because of all the media attention around them."

Six lawyers told Reuters they were aware of this acceleration of certain cases, some saying they have had border-crosser hearings scheduled in blocs, with a focus on those from Haiti and Nigeria.

Toronto lawyer Lorne Waldman said there were good reasons for accelerating the processing and deportation of people who crossed the border: it deters people with weak claims from making refugee claims in the hopes of living in Canada for years while their case wends through the system.

"The best way of discouraging people from making frivolous claims is by having the claims processed quickly," Waldman said.

Number of Covid patients on ventilators increased by 41% in last week: NHS