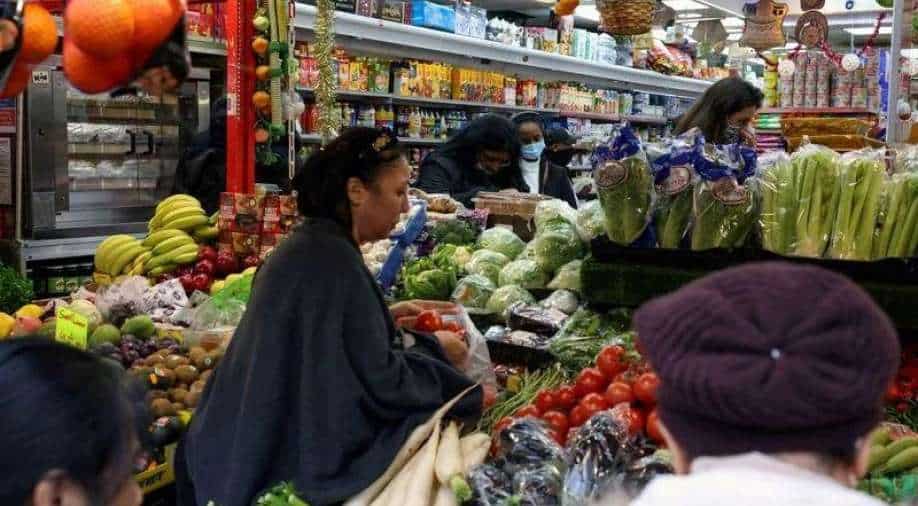 Britain's cost of living crisis worsened in December after inflation jumped to 5.4% – its highest level in almost 30 years – driven by the higher cost of clothes, food and footwear.

Inflation rose to 5.4 per cent on an annual basis, the highest level since March 1992, and up from 5.1 per cent in November, which was also a decade high.

Economists polled by Reuters had expected an increase of 5.2%.

Consumer prices increased 0.5 per cent on a monthly basis, exceeding economists' expectations of a 0.3 percent increase.

The rising cost of living has fueled speculation that the Bank of England will raise interest rates once more.

The Bank of England became the first major central bank to begin raising borrowing costs from pandemic-era lows in December.

Following the 15-basis-point raise to 0.25 percent in December, markets will be watching the Monetary Policy Committee's next meeting on Feb. 3. Policymakers are expected to contemplate another rate hike.

The bank is also working in a labour market that is unusually tight, with vacancies at an all-time high and employment still below pre-pandemic levels.

British inflation is widely expected to peak in April, when regulated household energy bills look set to increase by around 50%. Last month, the BoE forecast a peak of around 6%, but now some economists see 7% as more likely.

BoE Governor Andrew Bailey is due to speak to a parliamentary committee at 1415 GMT, and the bank will publish new inflation forecasts on Feb. 3. Its last set in November showed inflation staying above its 2% target until late 2024.

Rising inflation is also turning into a political problem for Prime Minister Boris Johnson's government, which faces calls from the opposition and charities to offset the rise in energy bills, which comes at the same time as a tax increase on wages to fund higher health and social care spending.