Biden inherits a vaccine supply unlikely to grow before April 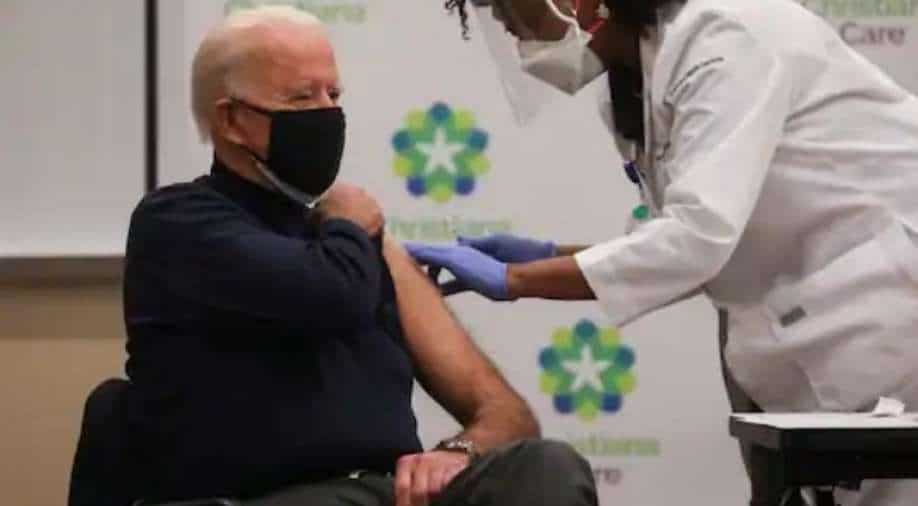 President Joe Biden’s goal of 1 million shots a day for the next 100 days, they say, is too low and will arguably leave tens of millions of doses unused

As the Biden administration takes power with a pledge to tame the most dire public health crisis in a century, one pillar of its strategy is to significantly increase the supply of COVID-19 vaccines.

But federal health officials and corporate executives agree that it will be impossible to increase the immediate supply of vaccines before April because of lack of manufacturing capacity. The administration should first focus, experts say, on fixing the hodgepodge of state and local vaccination centers that has proved incapable of managing even the current flow of vaccines.

President Joe Biden’s goal of 1 million shots a day for the next 100 days, they say, is too low and will arguably leave tens of millions of doses unused. Data collected by the Centers for Disease Control and Prevention suggests that the nation has already reached that milestone pace. About 1.1 million people received shots last Friday, after an average of 911,000 people a day received them on the previous two days.

That was true even though CDC data indicates that states and localities are administering as few as 46% of the doses that the federal government is shipping to them. An efficient vaccination regimen could deliver millions more shots.

“I love that he set a goal, but a million doses a day?” said Dr. Paul Offit, director of the Vaccine Education Center at Children’s Hospital of Philadelphia and a member of a federal vaccine advisory board.

“I think we can do better,” he said. “We are going to have to if we really want to get on top of this virus by, say, summer.”

The pace of vaccination is critical not just to curbing disease and death but also to heading off the impact of more infectious forms of the virus. The CDC has warned that one variant, which is thought to be 50% more contagious, might become the dominant source of infection in the United States by March. Although public health experts are optimistic that the existing vaccines will be effective against that variant, known as B.1.1.7, it may drive up the infection rate if enough people remain unvaccinated.

The current vaccination effort, which has little central direction, has sown confusion and frustration. Some localities are complaining they are running out of doses, while others have unused vials.

Biden is asking Congress for $20 billion to vastly expand vaccination centers to include stadiums, pharmacies, doctors’ offices and mobile clinics. He also wants to hire 100,000 health care workers and to use federal disaster relief funds to reimburse states and local governments for vaccination costs.

Dr. Mark McClellan, director of Duke University’s health policy center, said those moves should help clear the bottlenecks and “push the number beyond 1 million doses a day and probably significantly beyond.”

The nation’s vaccine supply in the first three months of the year is expected to substantially exceed what is needed to meet the administration’s goal. According to a senior administration official, Pfizer-BioNTech and Moderna have been ramping up and are now on track to deliver up to 18 million doses a week. Together, they have pledged to deliver 200 million doses by the end of March. A third vaccine maker, Johnson & Johnson, might also come through with more doses. If all of that supply were used, the nation could average well over 2 million shots a day.

Asked Thursday afternoon by a reporter if 1 million shots a day was enough, Biden said, “When I announced it, you all said it’s not possible. Come on, give me a break, man. It’s a good start.”

The administration is promising to purchase even more vaccine doses as they become available from the vaccine makers, and to use the Defense Production Act to spur production. But federal health officials and corporate executives said those were longer-term goals because the supply for the first three months of the year was essentially fixed.

The Trump administration invoked the Defense Production Act to force suppliers to prioritize orders from Pfizer, Moderna and other vaccine makers whose products are still in development. Health officials said it was unclear how the new administration could use the law beyond that to boost production.

A senior federal health official involved in the government’s vaccine efforts said that Operation Warp Speed, the Trump administration’s crash development program, had looked at all available manufacturing capacity domestically and globally and that there was little space left to negotiate at this point. The official said that if there had been more doses available to the government in the first quarter, they would have been purchased.

Experts generally agree that the federal government should be locking in purchases of as many doses as possible because no one knows yet how long the vaccines will protect against the coronavirus, whether booster shots will be required and what threats mutations of the virus could pose.

From April and thereafter, the supply outlook brightens. Pfizer and Moderna have each committed to supply another 100 million doses by the end of July, and the companies might be able to provide even more. A week ago, Pfizer and BioNTech, its German partner, increased their global production target for the year to 2 billion doses from 1.3 billion doses.

Pfizer has delayed deliveries to European countries while it retools its Belgium factory to expand production. But at the firm’s factory in Kalamazoo, Michigan, which supplies doses for Americans, production has quickened since the federal government ordered suppliers to prioritize Pfizer’s needs. The unexpected discovery that efficient syringes could extract a sixth dose from its vials also upped Pfizer’s estimates.

Moderna has also raised its production targets for the year to 600 million doses from 500 million.

Johnson & Johnson is expected to announce results from its vaccine trial within days. If that vaccine proves effective, it could drastically speed up the pace of vaccinations because, unlike Moderna’s and Pfizer-BioNTech’s vaccines, it requires only one dose. The company could apply for emergency use authorization from the Food and Drug Administration as soon as the end of the month. While its manufacturing has lagged, Johnson & Johnson is trying to catch up to the goals detailed in the federal contract it signed last year.

The firm is now expected to deliver anywhere from several million to 12 million doses by the end of February, and 10 million to 20 million more doses at the end of March or the first week in April, according to several people familiar with the firm’s manufacturing output. The first batch would be produced at its Dutch factory, and later batches at a factory in Baltimore operated by its manufacturing partner, Emergent BioSolutions.

But to deliver the second batch that quickly, federal regulators may have to agree to delay certain manufacturing reviews of the vaccine from the Baltimore plant, according to people familiar with the situation. Those discussions are underway.

Johnson & Johnson is also in preliminary talks with Merck, a major U.S. pharmaceutical company, about using its production lines, one of several ideas that federal health officials discussed with the Biden transition team. Federal officials are interested in boosting the nation’s vaccine-making power long-term, and Merck’s facilities may be among the few with remaining manufacturing capability.

Other vaccine makers may also come through by midyear. Novavax has worked to iron out what were recently dire manufacturing problems that delayed its clinical trials. Moncef Slaoui, the chief scientific adviser for the Trump administration's vaccine development program, said in a recent interview that Novavax could apply for emergency use authorization in late April. The government has already ordered 110 million doses of the Novavax vaccine, to be delivered by the end of June, and Novavax has said it believes it can meet that target.

Biden has surrounded himself with new health officials assigned to getting vaccines from factories to recipients, including Dr. Bechara Choucair, a former Chicago health commissioner who is the White House’s vaccinations coordinator, and Tim Manning, a former top official at the Federal Emergency Management Agency who is now the supply coordinator. Dr. David Kessler, former FDA commissioner, will help lead the federal government’s vaccine development program at the Department of Health and Human Services, with special attention to manufacturing.

After both the Pfizer-BioNTech and Moderna vaccines proved to be highly effective in clinical trials late last year, the Trump administration considered whether to rethink its strategy of backing six different vaccine makers and instead throw all of its weight behind the proven producers. A senior administration official described “countless hours of debate” over the issue.

In the end, officials decided it was critical to keep aiming for a broad portfolio of vaccines, in part because no one has figured out which vaccines might work best for children or be most effective against emerging variants. They recommended that the Biden administration do the same.