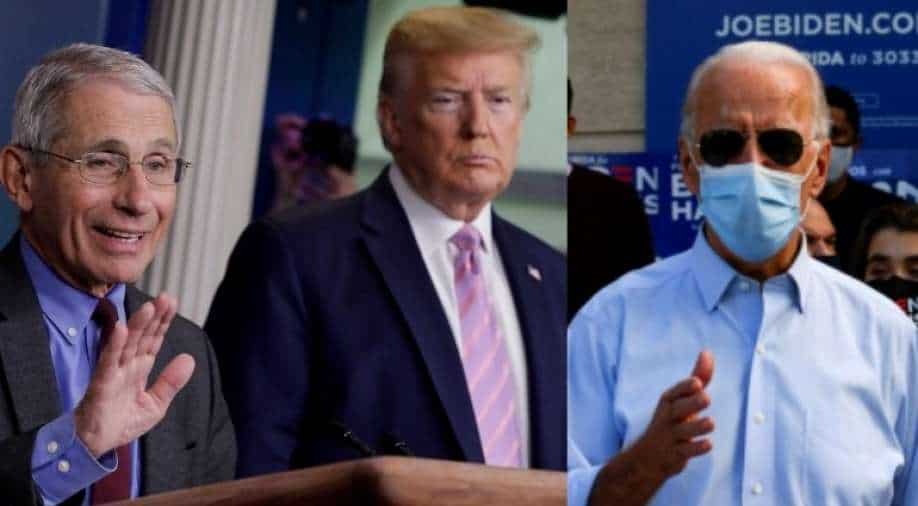 In awe of new President, Fauci said, 'One of the things that we're going to do is to be completely transparent, open and honest'

Former US President Donald Trump's old aid Anthony Fauci has now joined hands with the current President Joe Biden and has described the change in bosses as "liberating".

As the country crossed the mark of 408,000 casualties because of COVID-19, the top infectious disease expert conducted a routine press briefing with reporters on Thursday to discuss the current situation and effects of coronavirus in the country.

Also read| 'We're in national emergency': Biden warns COVID-19 death toll in US could climb to half a million next month

During the briefing, when he was questioned about the change in environment and experience with a new boss, Fauci claimed it was a welcome change.

Claiming he won't be able to detail the change in experience much, citing he has spent very less time with the new President, he said, "One of the things that was very clear as recently as about 15 minutes ago, when I was with the president, is that one of the things that we're going to do is to be completely transparent, open and honest."

Hoping this time there will be less of the blame game, he added, "If things go wrong, not point fingers but to correct them and to make everything we do be based on science and evidence."

Another reporter asked about the "jokes" Fauci reportedly made about the massive difference in the leadership style of the former reality TV star, Trump, and US President Biden, Fauci laughingly said, "I was very serious about it, I wasn't joking."

"Obviously I don't want to be going back over history, but it was very clear that there were things that were said, be it regarding things like hydroxychloroquine and other things like that — that really was uncomfortable because they were not based on scientific fact," Fauci explained.

Recalling his days in the coronavirus task force under the leadership of Trump, Fauci recalled how he could not openly disagree with construction champ Trump. "It was really something that you didn't feel that you could actually say something, and there wouldn't be any repercussions about it," he said.

"The idea that you can get up here and talk about what you know. What the evidence, what the science is, and know that's it — let the science speak — it is somewhat of a liberating feeling," he said about the Biden administration.

His statements have come as President Biden declared a 'national emergency' and warned Americans that the coronavirus death toll could climb to half a million next month as he unveiled new plans to fight the virus.

"Today, today, I am unveiling a national strategy on COVID-19 and executive actions to beat this pandemic. This plan reflects the ideas I set forward during the campaign and further refined over the past three months. It consists of my transition team, the task force, Tony Fauci and the team here today and other experts put this plan together. Our national strategy is comprehensive, it's based on science, not politics. It's based on truth, not denial, and it's detailed," Biden said on his first day in the Oval Office.