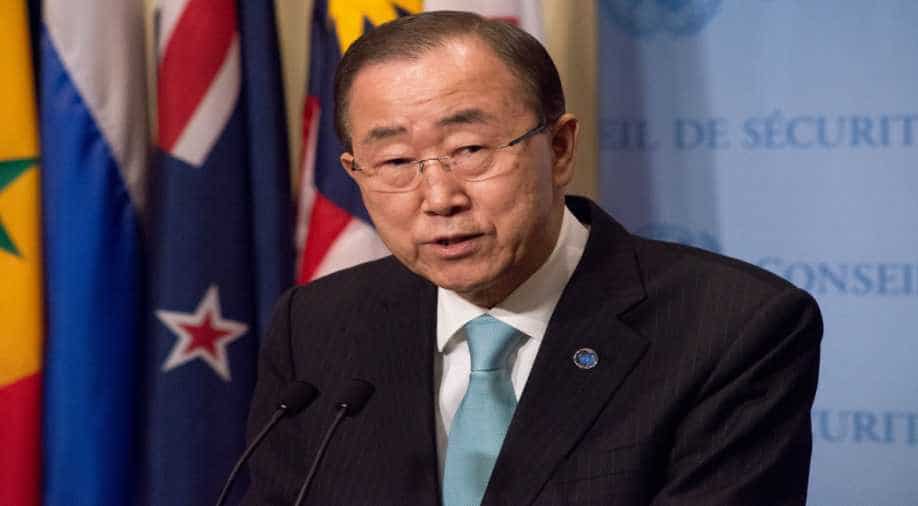 Ban Ki-moon urged leaders of South Sudan to do everything they can to end the dispute. Photograph:( Getty )

"Let me start by expressing my deep condolences to the families and loved ones of all those who have been killed in the fighting that has consumed Juba over the past four days. I condemn the killing of two Chinese peacekeepers and one UN national staff," the secretary-general told reporters.

"The renewed fighting is outrageous. It is yet another grievous setback. It deepens the country's suffering;It makes a mockery of commitments to peace. Many people have been killed in heavy fighting. There are growing fears that many more could die in another round of violence," said Ban.

He urged leaders of South Sudan to do everything they can to end the dispute.

"My message to President Salva Kiir and first Vice President Riek Machar is clear: Do everything in your power to deescalate the hostilities immediately; order your respective forces to withdraw," said Ban.

South Sudan's President Salva Kiir on Monday evening has ordered a ceasefire between his government troops and forces loyal to Vice President Riek Machar in the capital Juba.

The UN mission in South Sudan on Monday reported heavy fighting in Juba, including areas close to its compounds in Jebel and Tomping.

The latest round of violence followed deadly clashes between rival factions on Friday and Sunday in the capital city.

The exact number of those killed fighting since Sunday is unknown.

On Sunday, the UN Security Council said in a press statement that the 15-nation UN body condemned in the strongest terms the escalation of fighting in Juba, and they expressed their sympathies and condolences to the families of Chinese peacekeepers who were killed or injured in the attacks.