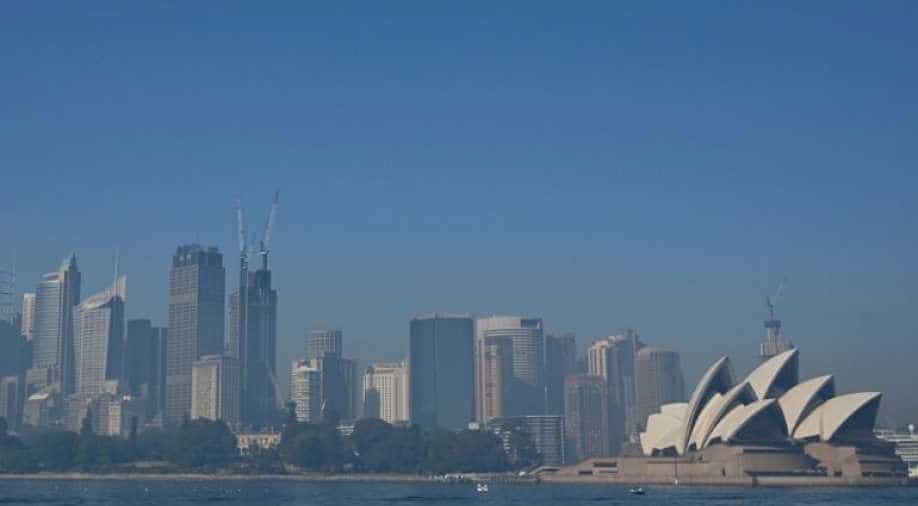 Sydney, the country's most populous city, woke up to a thick haze, and blood-red sun, for the fourth consecutive day on Friday

Australia's New South Wales is struggling with the worst levels of air pollution ever recorded as smoke emanating from bushfires has caused a spike in hospital visits and causing poor visibility for drivers.

Sydney, the country's most populous city, woke up to a thick haze, and blood-red sun, for the fourth consecutive day on Friday, even as a cooler change brought some relief for firefighters battling scores of wildfires across the country's southeast.

The harbour city of Sydney peaked at number eight on the Air Visual global rankings, where it now at number ten - a rare appearance for the city. This effectively makes it one of the most polluted cities in the world. It ranks above Jakarta and Shenzhen, and just below Mumbai and Kolkata.

Prime Minister Scott Morrison is now facing mounting pressure to find a solution as critics slam him for not doing enough. He recently claimed that the bushfire had nothing to do with his climate policies, including the one that supports the coal industry.

"The suggestion that Australia, by having some trade-off where we could have higher emissions reduction targets, which would destroy jobs in regional communities, if we did that, then we wouldn't be having these fires. That is just not true," Morrison told 3AW radio.

Morrison's conservative government has committed to the Paris Agreement to reduce its emissions by 26-28 per cent from 2005 levels by 2030. Critics point out that current projections suggest it will not meet that target and have called on the government to put in place policies to address the shortfall.

"The impacts of the ongoing drought and recent bushfires have led to some of the highest levels of air pollutants recorded in New South Wales since air quality monitoring began during the millennium drought," a spokeswoman for the state's Department of Planning, Industry and Environment said in an email.

Workers heading into the city and children going to school donned masks to deal with the hazardous air quality while 55 bush and grass fires still burned across the state after two weeks.

The smoke coming from the bushfires contains particulate pollution, which gets absorbed into the bloodstream. According to the NSW Health Ministry, the number of people showing up at hospital emergency departments has increased.

The bushfires have already left at least four people dead and destroyed more than 400 homes across two states since the start of November. Fires are still burning in New South Wales, Victoria, South Australia and Queensland states.

Bushfires are common in Australia, but the fire season this year began much earlier than usual, with temperatures reaching 40-degree celsius. Three years of drought have also added to the menace, with help from high winds.