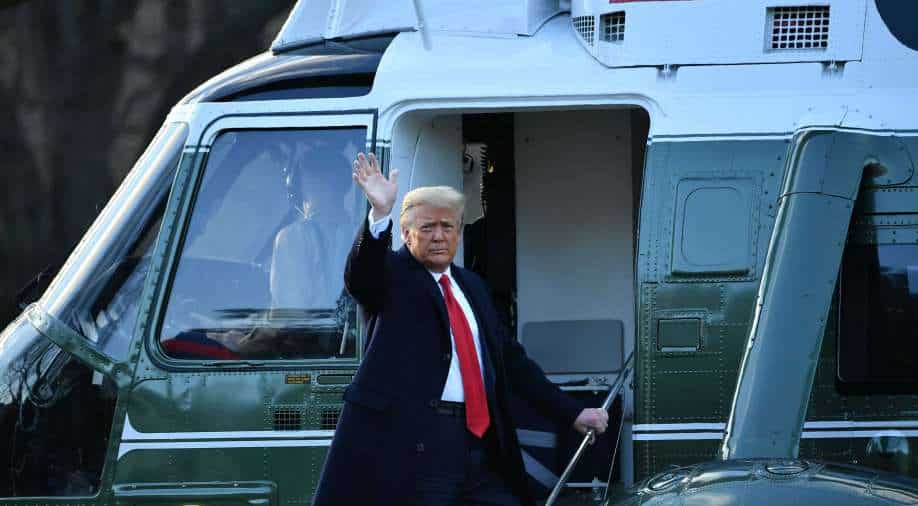 The US Senate is putting the former president Donald Trump on trial for impeachment charges for inciting an insurrection at the US Capitol.

On January 25, the impeachment case against Trump was delivered to the Senate after Democratic prosecutors made the ceremonial walk across the Capitol, leading all the way into the Senate.

This was followed by a reading of the impeachment article on the Senate floor. Reading the charges, representative Jamie Raskin, the lead house impeachment manager, said that Trump betrayed his trust as a president by threatening the integrity of the democratic system and interfering with the peaceful transition of power.

Also read| 'So much else to do': Chuck Schumer promises a fair but quick impeachment trial for Trump

"President trump gravely endangered the security of the united states and its institutions of government. He threatened the integrity of the democratic system, interfered with the peaceful transition of power and imperilled a coequal branch of government. He thereby betrayed his trust as president to the manifest injury of the people of the United States, wherefore Donald John Trump, by such conduct has demonstrated that he will remain a threat to national security, democracy and the constitution, if allowed to remain in office, and has acted in a manner grossly incompatible with self-governance and the rule of law," Raskin said.

The charges have been read out and the trial will begin in two weeks — hopefully by January 08, 2021.

In the house of representatives at least 10 republicans voted to impeach Trump. However, it is not necessary the same situation will take place in the Senate too.

A growing number of Republican senators say they oppose holding an impeachment trial. Their denunciations of Trump after the January 6th insurrection seem to have cooled down.

Currently, there are a total of 50 republican senators, 48 Democratic senators and two independents who are leaning towards the Democrats.

The magic number is 67 as at least 67 votes are needed in total to convict Donald Trump, meaning at least 17 Republicans will have to break ranks and join the Democrats to impeach the former president.

Currently, no Republican senator openly supports the conviction. The republican party is still overwhelmingly supportive of Donald Trump and reports have emerged that Trump is making backdoor efforts to ensure it stays like that.

Republican senator Kevin Cramer recently made a statement saying, "The president wanted me to know as well as a handful of others that the President is a republican. He is not starting a third party and that anything he would do politically in the future would be as a Republican."

Trump is currently in the state of Florida where he has announced the opening of 'the office of the former president' in Palm Beach county. His office will look after Trump's official activities in his post-presidency life such as his correspondence, public statements, official activities, political agenda, public activism and advocacy.