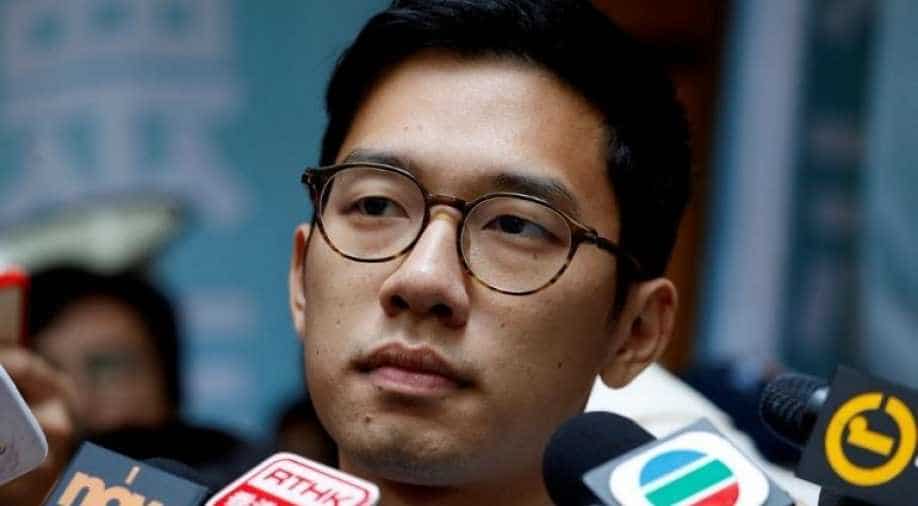 Chinese state television said on Friday that Hong Kong authorities had issued arrest warrants for six pro-democracy activists who fled the city and are suspected of violating a national security law that came into effect on June 30.

CCTV said the six were wanted on suspicion of secession or colluding with foreign forces, crimes that the new law punishes with up to life in prison.

Wong said he believed the move showed that the Chinese government was afraid of the advocacy work of Hong Kong activists internationally, and wanted to pressure them.

“I think they want to cut off our connection with people in Hong Kong ... it will make people fear that they may violate the national security law by contacting us,” Wong told Reuters by phone from Britain.

Nathan Law, who is currently also in Britain, remained defiant. He said on Facebook the “wanted bulletins”, recent arrests, and mass disqualifications of pro-democracy activists from a now-delayed election are “indications of our need to remain active on the global stage.”

“That Hong Kong has no place for even such moderate views like ours underscores the absurdity of Chinese Communist rule.”

China imposed the contentious law on its freest city around one month ago, circumventing the local legislature, a move condemned by some Western governments, rights groups and activists in the territory.

Several countries have since suspended their extradition treaties with Hong Kong, including Britain, Australia, and most recently Germany, as a possible safeguard against attempts to use the national security laws to round up activists abroad.

“We have repeatedly made our expectation clear that China lives up to its legal responsibilities under international law,” German Foreign Minister Heiko Maas said on Friday just after Hong Kong leader Carrie Lam postponed an election by a year.

Critics of the law fear it will crush freedoms in a city that is a world financial hub, prompting some to flee overseas.

“For me, the situation faced by Hong Kongers is even more dangerous than what I face. I can’t think too much about my personal safety,” Wayne Chan, a pro-independence activist, told Reuters by phone from an undisclosed country.

Supporters say the security legislation is needed to restore stability and order to the former British colony after a year of sometimes violent anti-government protests.