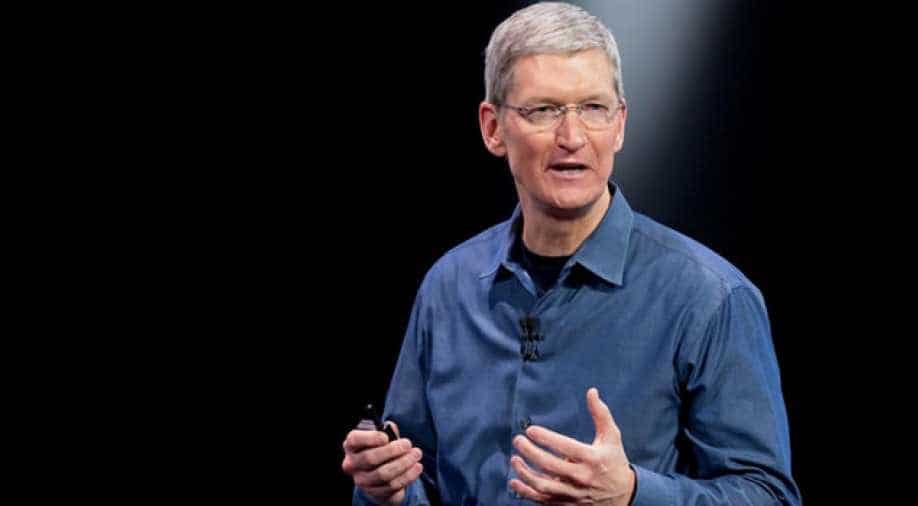 'This use put the app in violation of Hong Kong law. Similarly, widespread abuse clearly violates our App Store guidelines barring personal harm,' Tim Cook said in a copy of an email to Apple employees.

Apple chief Tim Cook on Thursday defended the decision to pull an app used by protesters in Hong Kong to track police, according to a leaked email to employees obtained by a tech news site.

Apple removed the HKmap.live mobile application from the App Store after criticism by Beijing, which is stepping up pressure on foreign companies deemed to be providing support to the pro-democracy movement.

Critics blasted the tech giant's move as putting its business interests in China above human rights.

The app allowed for crowd-sourced reporting and mapping of police checkpoints, protest hotspots, and other information which, on its own, is "benign" information, Cook said in a copy of an email to Apple employees shared online at Pastebin and posted at tech news website The Verge.

"Over the past several days we received credible information, from the Hong Kong Cybersecurity and Technology Crime Bureau, as well as from users in Hong Kong, that the app was being used maliciously to target individual officers for violence and to victimise individuals and property where no police are present," the email read.

Apple did not respond to a request for comment from AFP.

The makers of HKmap.live have countered that the app gathers information from users, social networks and news outlets to show where police have gathered, not where they aren't.

They have denied their app encouraged criminal activity, and lashed out at Apple's removal as "censorship" and "clearly a political decision to suppress freedom."

Chinese state media this week tore into the app, charging that it was helping "rioters."

Communist Party mouthpiece The People's Daily said by stocking the app, Apple was "mixing business with politics, and even illegal acts."

On Thursday the app was no longer available on Apple's Hong Kong App Store.

Hong Kong has been rocked by four months of increasingly violent protests, initially against a now-shelved extradition law, but whose focus has now shifted to broader pro-democracy aims.