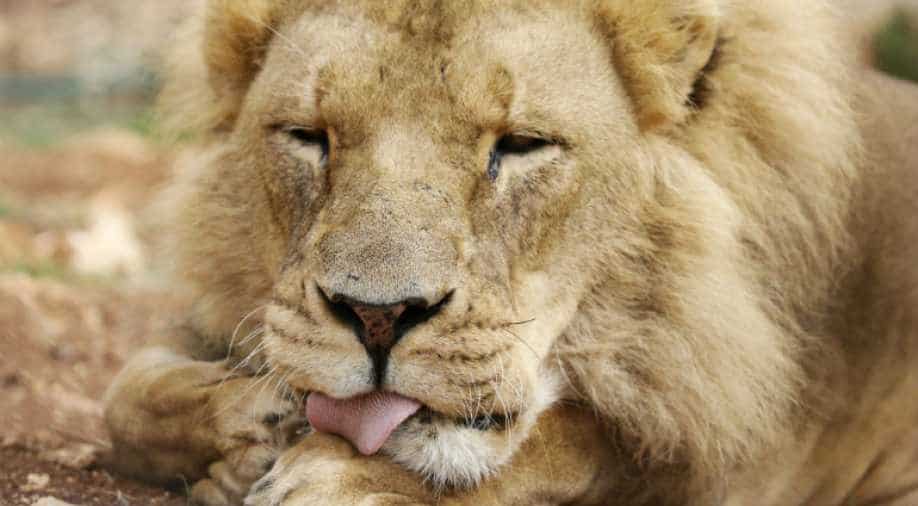 A lion at the Ma'awa For Nature and Wildlife Sanctuary for wild animals. Photograph:( Agencia EFE )

The sanctuary is meant to provide a permanent home for animals that cannot be sent to their country of origin or released into the wild.

At least 15 animals - including lions, tigers and bears - were saved from war zones in the Middle East and have found shelter at a sanctuary in northern Jordan, as documented by EPE-EFE on Sunday.

Since 2014, the animals have been flown from Iraq, Syria and the Gaza Strip to the Ma'awa for Nature and Wildlife Sanctuary located at the top of Mount al-Manara, which overlooks the ancient Roman city of Jerash, 40 kilometers north of the capital Amman.

"We enjoy looking after them, as these animals were left without care in the midst of the turmoil of politics," the manager added.

"For them, it is tantamount to paradise here, compared to their suffering through years of captivity," he explained, as many of the zoos in which they had lived were in poor shape before finally sending their animals to a safer country.

Ma'awa is a non-profit sanctuary that was officially launched in 2016 over a space of 70 hectares donated by the Jordanian state, and is run in partnership with a royal Jordanian foundation and Four Paws International, an animal welfare NGO.

The sanctuary is meant to provide a permanent home for animals that cannot be sent to their country of origin or released into the wild, Trela explained.

One female bear named Lula was rescued from the northern Iraqi northern city of Mosul in 2017, amid fighting by Iraqi troops to liberate the city from the Islamic State terror organization.

Lula had been trapped in a private zoo whose owner fled the city, and most of its animals died.

"The story of these animals should inspire political leaders to unite for peace instead of sliding into wars," Trela said.